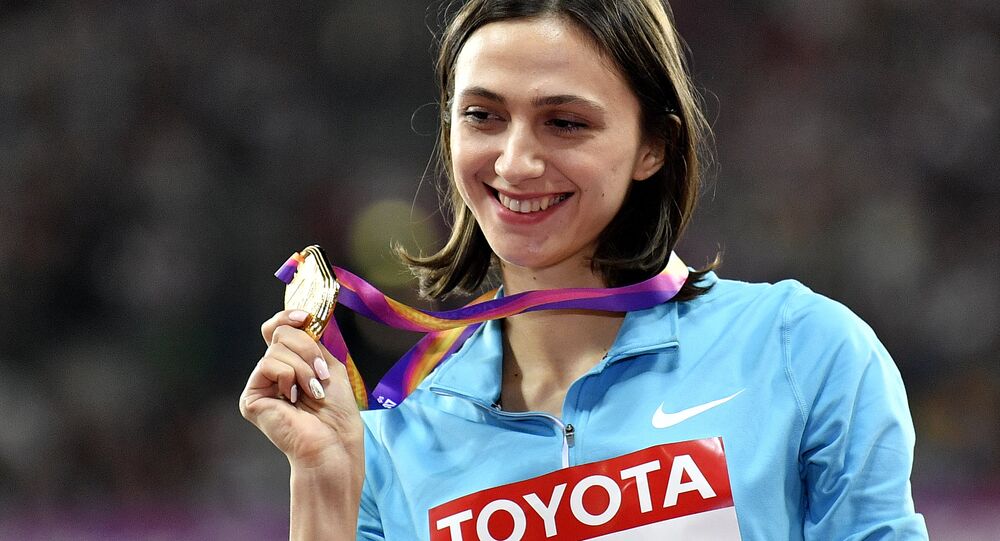 Russian athletes still managed to win medals at the World Athletics Championships, which finished on Sunday, August 13, despite a ban on Russia competing as a nation. The ban is due to end in November, allowing Russian athletes to compete at the Winter Olympics in South Korea in 2018.

The World Anti-Doping Agency claimed dozens of Russian athletes took drugs which were not permitted between 2011 and 2015, and it recommended a blanket ban for last year's Olympics.

The President of the International Olympic Committee, Thomas Bach, expressed hope in June that the commissions investigating alleged doping abuse in Russia would finish their work before the 2018 Winter Olympics in Pyeongchang.

Earlier this year, the International Association of Athletics Federations extended its ban so that Russia could not compete at London 2017, but cleared a handful of athletes to compete as individuals.

Maria Lasitskene, one of those Russians who was allowed to compete as an Authorized Neutral Athlete (ANA), won gold in the high jump.

The 24-year-old stretched her unbeaten streak to 25 competitions when she cleared 2.03 meters at the London Stadium.

"It is not a big deal [being a neutral athlete]. There's a lot of people in my home town [Barnaul]. It's 4 am, maybe it's 5 already and they're not sleeping. They're just answering calls, getting congratulations," he said after the final on Monday, August 7."

Darya Klishina, who was the only Russian track and field athlete to compete in Rio, won a silver in the long jump on Friday, August 11.

She claimed the ANA athletes in London were not allowed to talk about Russia or wear anything linking themselves to their country.

"I agree with those who have said that the value of the medals will be lower than normal without Russia. Historically, we have been very strong in track and field and we have a lot of high level athletes," said Mr. Gulyaev before the championships.

Russia has always denied there was any state-sponsored cheating and in March Prime Minister Dmitry Medvedev signed a decree defining the banned methods and substances in sport aimed at combating doping abuse in the country.

Mr. Gulyaev, who is now Moscow's head of sport and tourism, said he was convinced the ban was politically-motivated.

"I will never accept doping and I am for true sports. I am for clean and clear competition. This is a political case, nothing else," Mr. Gulyaev said in June.

There were many other athletes competing at the World Athletics Championships under flags which were not those of their home country.

Ramil Guliyev, from Azerbaijan, won the 200 meters final on August 10 while competing for Turkey.

Guliyev had rowed with the Azerbaijani federation over funding in 2011 and switched to representing Turkey.

Tweet: "I congratulate Ramil Guliyev, who has made us all proud by winning the 200m gold medal."

Bahrain meanwhile, fielded a team which was virtually entirely made up of east African athletes.

Promising more money and better facilities, Bahrain has become a "flag of convenience" for many Kenyan and Ethiopian athletes.