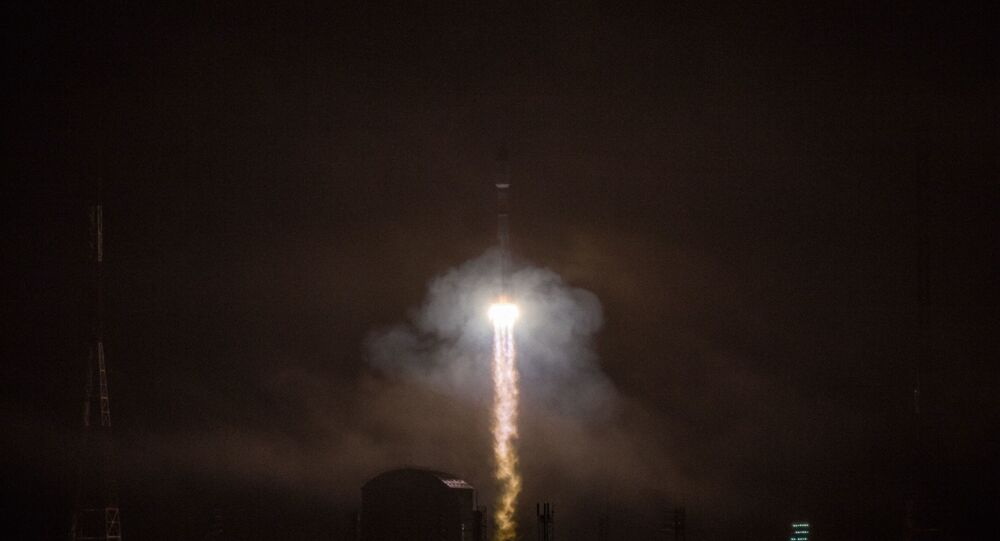 "The Unity Foundation in partnership with Russia's state space agency Roscosmos is launching a new rocket art project and Serbia has become the first platform for its implementation," the organization's President Alena Kuzmenko said. "As part of the rocket art project, drawings of children with cancer from different countries will decorate the promising Amur rocket."

Kuzmenko noted that Serbia is taking part in a Unity Foundation charity project for the second time. In April 2021, the Dreamer art spacesuit, depicting paintings from the dreams of children suffering from cancer in ten countries, went into space.

Kuzmenko said positive emotions are very important for those experiencing an illness and the issue of space does not leave anyone indifferent.

"Only in the wildest fantasies one can imagine a bright and joyful rocket decorated with childhood dreams. This is a real miracle that inspires children," she said. "When we dream separately, it's just a dream. Dreaming together, we create a new reality. Today's launch of the rocket art project in Serbia is dedicated to the recovery of ill children all over the world."

© Photo : Roscosmos / Yuzhny Space Center
Russia’s Legendary Soyuz Space Rocket Gets New Paint Job for First Time in Over 50 Years
On June 22, the Unity Foundation space team arrived in Belgrade at the invitation of Serbian Post Office Director Zoran Djordjević. The team includes Roscosmos cosmonaut Sergei Kud-Sverchkov, who returned from his first expedition to the International Space Station (ISS) in April, and Anastasia Stepanova, a tester at the Institute of Biomedical Problems of the Russian Academy of Sciences and member of the crews of the international isolation experiments SIRIUS-19 and Mars 160.

Kuzmenko said that this is not the first time these brave men and women "have inspired children from different countries to recover."

Stepanova told Sputnik that the most valuable element is to show children - by using the example of completely unusual professions and projects - the future may become what they want it to be.

"The main thing is that children believe in themselves and, no matter what, look at life with optimism. Just imagine the effect of realizing that my drawing, my dream helped the rocket fly to space! This means that everything will definitely come true," Stepanova said.

Cosmonaut Kud-Sverchkov, who saw the Dreamer spacesuit aboard the ISS, told Sputnik that the Unity Foundation's projects are comparable to that of the space station and are an excellent example of how citizens of different states can work together in a friendly and fruitful manner.

"Despite our differences, we have many common values. Among them is helping and caring for children," Kud-Sverchkov said. "In April, a colorful cover for a space suit - the 'Dreamer' flew to the ISS. It is unusual: it is sewn from many bright drawings and unites the dreams of children from different countries, including Serbia. Dreams of victory over the disease that have risen above the clouds. Our entire international crew, without the slightest hesitation, supported young artists from an altitude of 420 km!"

During the visit to Belgrade, the Unity Foundation team met with Djordjević as well as Serbian President Aleksandar Vučić.

"I am very glad that the Serbian Post Office has become the organizer of the rocket art project by the Unity Foundation and the visit of the Russian cosmonaut Sergei Kud-Sverchkov, providing an opportunity to popularize cosmonautics and developing charity. We believe this event will have a positive effect on the health of children," Djordjević told Sputnik.

Alexander Bloshenko, executive director of Roscosmos' promising programs and science told Sputnik that the participation of the space agency in international charitable art projects confirms its desire to be a socially oriented organization and to promote the well-being of children.

"Numerous studies prove that art therapy not only positively affects the psychological state of cancer patients, but also reduces pain. And the opportunity to send a dream into space gives people hope for recovery," Bloshenko said.

In addition to visiting Belgrade, the Unity Foundation team will travel around the world and collect the dreams of little artists fighting cancer prior to the rocket Amur flying to space.