© Photo : Roscosmos / Yuzhny Space Center
Subscribe
Ilya Tsukanov
All materialsWrite to the author
The Soyuz family of expendable rockets is by far the most frequently used launch vehicle in the world, with over a thousand successful launches under its belt, and a top-notch safety record thanks to its launch abort system. For nearly a decade, Soyuz rockets were also the sole means of transporting astronauts to the International Space Station.

Russia’s Soyuz-2 rocket has been given a new colour scheme, with the traditional grey-white-orange replaced with a fresh “corporate blue” and white look.

Roscosmos, the Russian space agency, released a series of images on Saturday showing off the new look, stating in a press release that the inspiration for the colour scheme was the prototype of the Vostok launch vehicle – the all-white R-7 Semyorka ICBM-derived rocket used to send both the Sputnik 1 satellite and Yuri Gagarin – the world’s space traveler, into orbit from the Baikonur Cosmodrome in 1957 and 1961, respectively.

The first Soyuz-2.1a with the new paint job is expected to be launched from Baikonur on 20 March, taking 38 spacecraft from 18 countries into orbit.

The change in colour scheme is the first of its kind since the Soyuz family of rockets was unveiled all the way back in 1966, with the rockets traditionally featuring a white nose cone, a grey transition compartment and orange tail section. Below that are grey blocks of the first and second stages, and orange stripe ringing the rocket’s boosters. After they are fuelled with liquid oxygen, the grey components of the rocket become covered with white frost, and at launch the rockets often appear to be almost completely white, apart from an orange frame.

Roscosmos says future launches under contract by its subsidiary Glavkosmos Launch Services (the space agency’s operator of commercial launch programmes) will use rockets painted in the new scheme, which coincides with the company’s official colours. Online, social media users were divided on what to make of the new colour scheme. Some offered praise. “White is the best colour for the Soyuz,” one user suggested. “White? Soyuz trying on a new dress? Looks good!” another quipped.

Others didn’t appear pleased, however, complaining that while the US and China are busy sending spacecraft and advanced probes to the Moon and Mars, Roscosmos appears concentrated on picking out new colour schemes for decades’ old Soviet technology. “The colour is the most important thing, of course,” one user sarcastically suggested. “Will this help it launch?” another asked. “How many billion did you spend on the new paint job?” a third inquired. “Let them change the name too. The Union ("Soyuz") hasn’t been around for 30 years,” a fourth wrote. 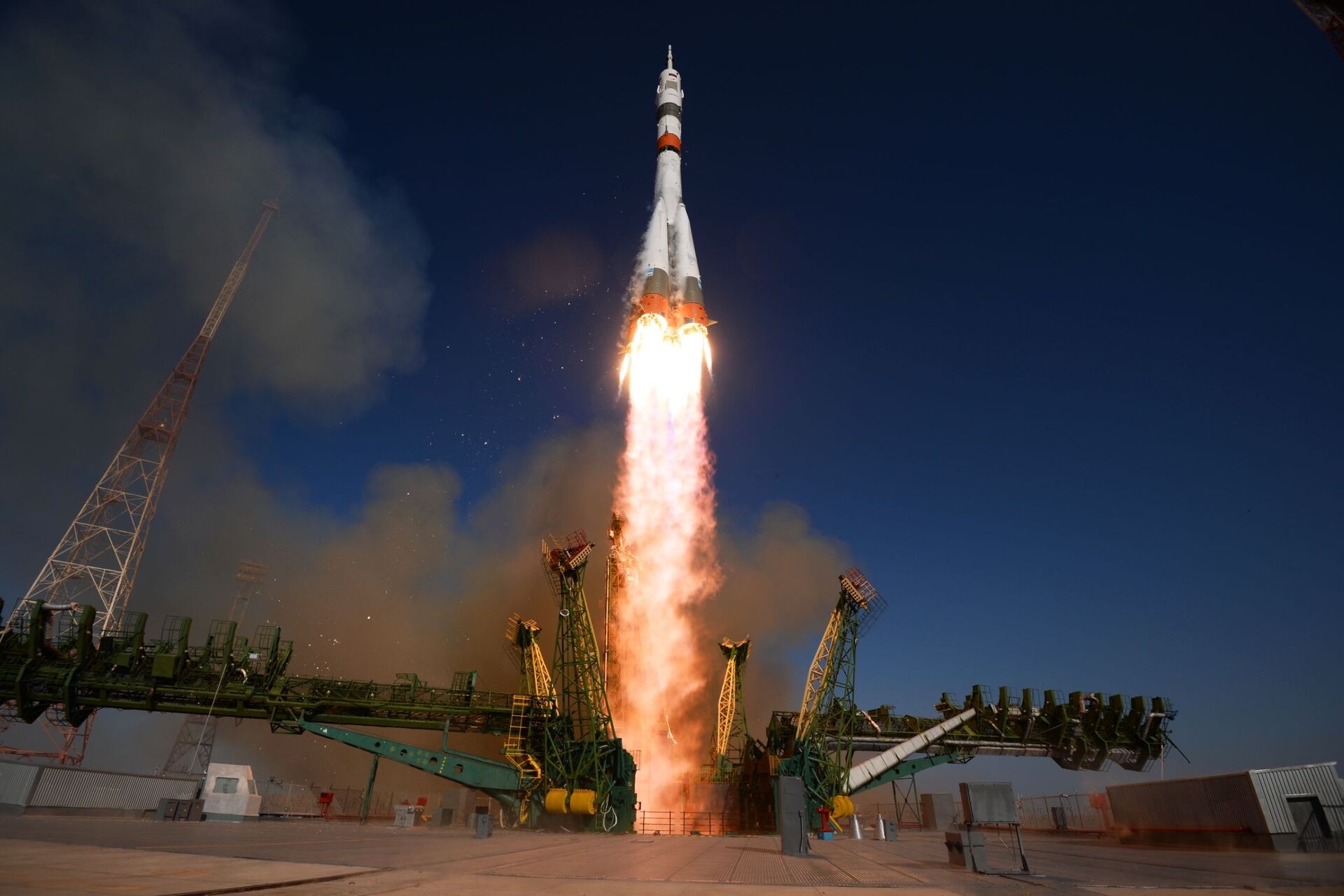 Soyuz-2.1a carrier rocket is being launched into space with the piloted Soyuz MS-14 vehicle from the Baikonur Cosmodrome.
© Sputnik / Sergey Mamontov
/
Go to the photo bank

Russia remains one of the world’s major space-faring nations, providing other countries with its patented, proven-safe rocket engines and shuttling cosmonauts and astronauts to the International Space Station.

Russian Space Chief Banned on Facebook Over Online Spat With Former US Envoy
Roscosmos and the European Space Agency are cooperating in the ExoMars programme, an ambitious, multipart astrobiology effort to search for signs of past life on the Red Planet, study variations in the Martian environment, and demonstrate technologies for a future sample-return mission. Ambitious plans have been announced for missions to the Moon, as well, with Russia mulling sending anthropomorphic robots to the planetoid and even plotting the eventual establishment of manned bases there.

However, the Russian space agency’s limited funding, and disputes about the distribution of funds to the construction of prestige projects – such as the massive, 250,000 square meter skyscraper business complex near downtown Moscow, have led to fears among some academics and cosmonauts that the country is resting on its laurels and giving up ground from past achievements. Late last year, Russian Academy of Sciences President Alexander Sergeev calculated that Russia’s space sciences programme receives 60 times less financing than NASA does, and dramatically asked whether Moscow should “abandon space altogether” amid the perceived growing disparity between the Russian, US and Chinese space programmes.