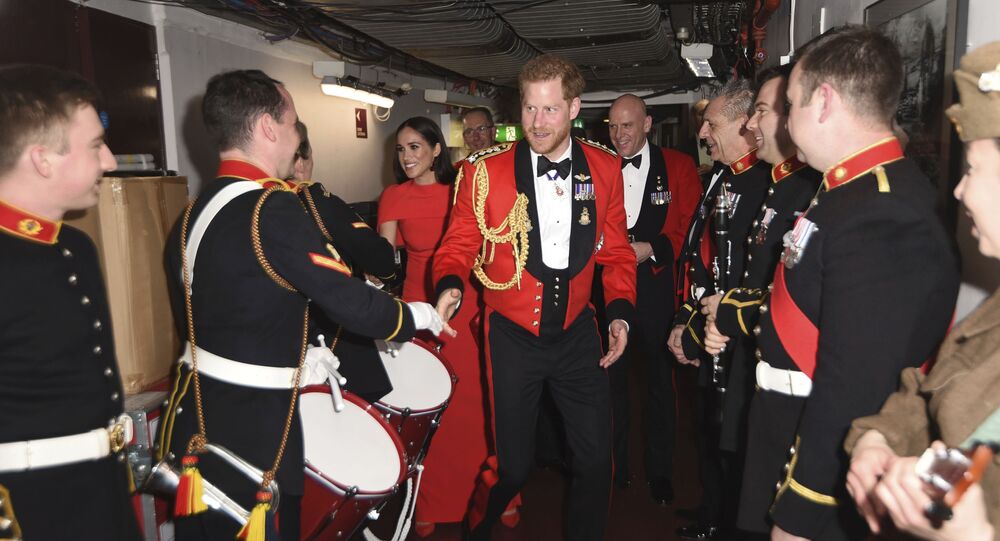 The Duke of Sussex complained in a bombshell interview to Oprah Winfrey that his dad, Prince Charles, “cut him off” financially after the couple left the UK to pursue a simple life in a $14.7-million California mansion.

Prince Harry and Meghan Markle, who are currently on parental leave following the birth of Lilibet ‘Lili’ Diana in early June, may be under pressure to fulfil their contractual obligations with Spotify, British author and PR guru Mark Borkowski told The Sun.

The couple have released just 35 minutes of content so far on their 2020 Archewell Audio Holiday Special podcast – all part of a bombshell Spotify deal rumoured to be worth a staggering $25 million.

According to Borkowski, there's a chance that the former senior royals may have recorded some shows in advance as they prepared for the arrival of their second child.

“Even if the shows haven’t materialised yet, it’s a win-win for Spotify to have two of the most famous people in the world connected to them,” Borkowski said.

“But Harry and Meghan will be under scrutiny to deliver. What are these guys going to produce? What do they stand for?” the prominent PR agent claimed, adding that Lilibet’s birth “might explain the delay."

Royal author Phil Dampier says it’s possible the couple won't produce any new content for the next five months, meanwhile, “people who are paying them a lot of money will expect something in return.”

“They [the Sussexes] seem to be using up a lot of ammunition very early and putting a lot of stuff out there in terms of deals and agreements with lots of firms,” Dampier argued. “The question might be asked whether they have too much on their plate.”

© REUTERS / TOBY MELVILLE
'It's Time Harry & Meghan Gave up Their Titles': Piers Morgan Says He's Tired of Couple's 'Yapping'
It's believed that the couple didn’t receive the full $25 million sum up front, The Sun says in the report, adding that the rest of the money is expected to land in the Sussexes’ account only if they meet their obligations.

Apart from the agreement with Spotify, the runaway royals also forged another deal with Netflix last year to produce documentaries, shows, and feature films for the streaming giant for a rumoured $150 million.

Harry said he was forced to spend what he inherited from his late mother following Megxit because his father completely “cut him off.” The prince has recently secured a job with mental health BetterUp app, while his wife is expected to make some money on her newly released book "The Bench."

The Duke and Duchess of Sussex announced their bombshell departure from Buckingham Palace last year and are currently enjoying a "simple” and “financially independent” life in a $14.7-million mansion in Montecito, California.