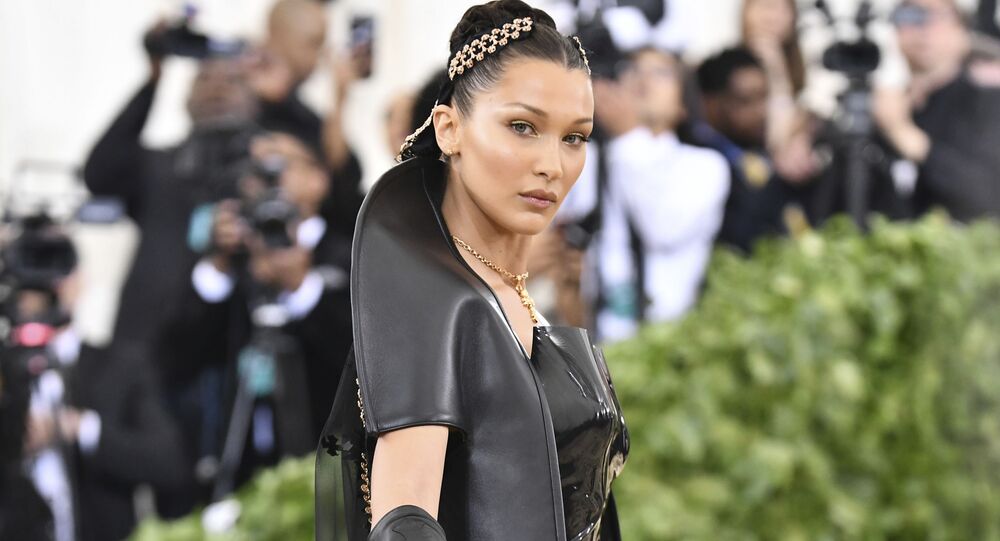 This is not the first time the American supermodel, whose father is Palestinian, has voiced her opinion on the Israeli-Palestinian conflict. In 2017, she participated in protests against Donald Trump's decision to recognise Jerusalem as the capital of Israel.

Supermodel Bella Hadid has sparked anger after posting several statements on social media, in which she accused Israel of "colonisation", "ethnic cleansing", and "apartheid". One of the posts shows two women speaking about the origins of the conflict. One of them tells the other that Israel is "a settler colony still in the process of brutally colonising Palestine".

In another post, the 24-year-old wrote that one cannot advocate for equality of the LGBTQ community and women, while ignoring the "oppression" of Palestinians.

"You cannot pick & choose whose human rights matter more. Future generations will look back in disbelief and wonder how we allowed the Palestinian suffering to continue for so long. History taught us to speak up. You are either on the right sides or you are not. It's that simple", wrote the supermodel.

The posts received over a million likes. However, many users were angry with Hadid and accused her of bias and spreading misinformation.

"So many factual incorrect things here", wrote one user.

"This is wildly biased. Seems more like a way to shame Jews rather than creating any real change for your brothers and sisters", wrote another.

Her posts come as Israeli forces and Palestinian militants are engaged in what is being described as the worst spike in violence in years. According to the Israeli Defence Forces (IDF), about 1,600 rockets have been launched towards Israel since Monday evening, when the conflict suddenly escalated. Seventy-two Palestinians have died so far, including dozens of Hamas commanders, the IDF said. Seven Israelis have also fallen victim to the violence killed, with dozens more injured.

The Israeli-Palestinian conflict is a personal issue for the supermodel as her father Mohamed Hadid is a Palestinian refugee. Born in 1948 in Nazareth, his family had to flee to Syria after the city was captured by Israeli forces following the Arab-Israeli war. After Syria, Mohamed's family moved to the United States, where Bella and her siblings were born.

The supermodel often speaks about the issue. In 2017, she protested against Donald Trump's decision to declare Jerusalem the capital of Israel. Palestinians have long claimed the eastern part of the city would be the capital of their hoped-for state. Hadid has repeatedly stated that she is not against Israel and calls for peaceful coexistence.