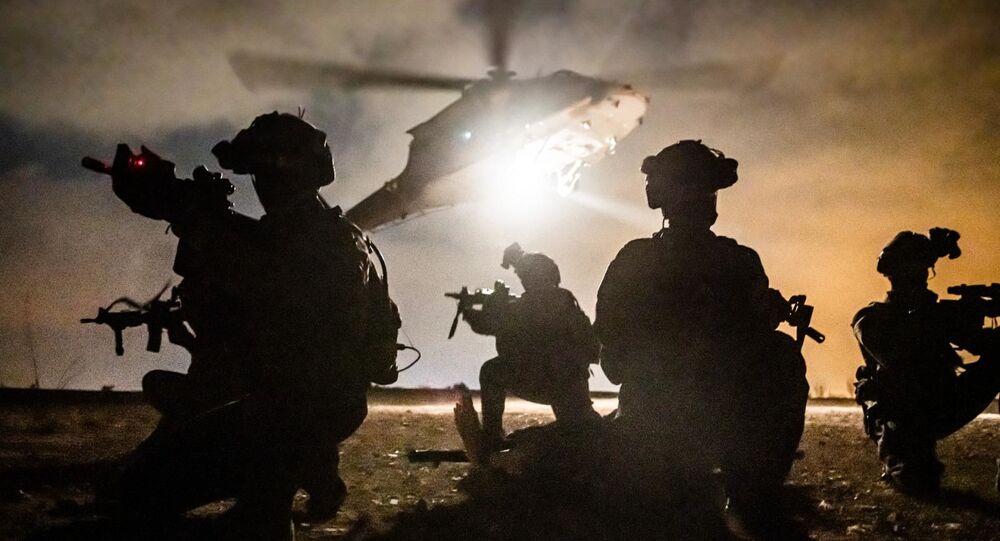 The clashes between Hamas and the Israeli military have been intensifying over the past few days, with over 1,600 rockets fired from the Gaza Strip towards Israel.

The Israeli Army is engaged in preparations for a land operation in the Gaza Strip, but no order to start carrying out this offensive has been made so far, Israel Defence Forces (IDF) spokesman, Jonathan Conricus, said on Thursday.

Earlier in the day, The Times of Israel reported that the general staff will be presenting and discussing plans for a possible ground invasion in the enclave. These plans, assembled by the Gaza Division and Southern Command, may then be given to Israel's political leadership, the report suggested.

In the meantime, IDF spokesman Jonathan Conricus said that at least 1,600 rockets have been fired at Israel from the Gaza Strip since the beginning of the recent clashes, with Israel's Iron Dome missile defence system demonstrating an effectiveness of around 90 percent.

The initial clashes between police and protesters started over reports that the authorities wouldn't allow worshippers to hold their usual Ramadan evening gatherings outside the Damascus Gate in Jerusalem, close to the Al-Aqsa Mosque.

© REUTERS / IBRAHEEM ABU MUSTAFA
Rockets are launched by Palestinian militants into Israel, in Gaza May 12, 2021.

The conflict between the police and protesters intensified after an Israeli court's decision to evict some Palestinian families from Jerusalem's Sheikh Jarrah neighbourhood.

The escalation was followed by exchanges of rocket fire between Israel and Gaza that led to a new round of tensions and mass unrest in the country.

Since the beginning of the tensions, six Israelis have been reported dead, with more than 200 injured. At the same time, 67 Palestinians have been killed, with hundreds more wounded in Gaza, according to Palestinian authorities.