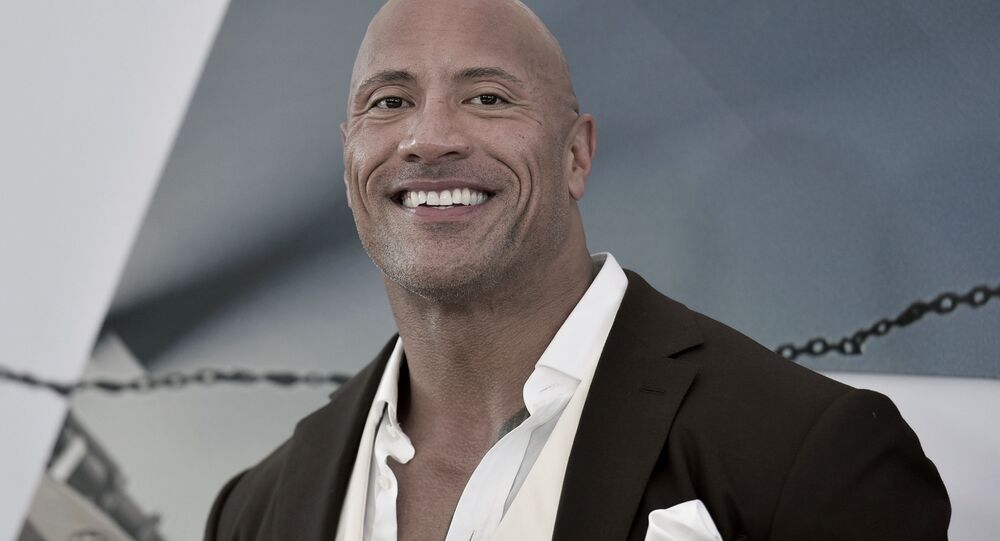 Actor and former wrestler Dwayne 'The Rock' Johnson has previously dropped hints that he was eyeing the possibility of running for the Oval Office, noting, however, that he would base a final decision on the level of public interest.

After a new poll by Piplsay revealed that at least 46% of Americans would support a Dwayne Johnson run for the US presidency, 'The Rock' himself took to Twitter on Friday to comment on the possibility.

"Not sure our Founding Fathers ever envisioned a six-four, bald, tattooed, half-Black, half-Samoan, tequila drinking, pick up truck driving, fanny pack wearing guy joining their club - but if it ever happens it'd be my honor to serve the people", Johnson tweeted.

According to the Piplsay poll, which asked whether participants would back the political candidacies of Matthew McConaughey and Dwayne Johnson for Texas governor and US president, respectively, 29% said they would support both, with additional 17% standing with The Rock exclusively.

Not sure our Founding Fathers ever envisioned a six-four, bald, tattooed, half-Black, half-Samoan, tequila drinking, pick up truck driving, fanny pack wearing guy joining their club - but if it ever happens it’d be my honor to serve the people 🙏🏾💪🏾🇺🇸 https://t.co/6Xd9ADzqX7

​Among other celebrity candidates for the White House mentioned in the survey who received less support from Americans were Tom Hanks, Angelina Jolie, Will Smith, Leonardo Di Caprio, Oprah Winfrey and others. The poll showed, 39% believe that celebrities could make good politicians, with an additional 24% noting they could be effective if they have "the right team in place".

Johnson has made it clear that he has been eyeing the possibility of running for president, noting that the idea was "alluring" and admitting that he will have to "get some experience and understand policy" before running. In the 2020 White House race, the actor and ex-wrestler endorsed Joe Biden.

His fans appear divided over whether to support his potential political ambitions, with some instantly moving to photoshop campaign posters reading "Dwayne Johnson for President", and others urging The Rock to continue to do what he is already good at, and not becoming involved in politics.

My friends and I were talking about this back in June last year 🤣 so I put this together real quick 😁🤣😁 pic.twitter.com/QXYkMZEnk5

Please don't. If Trump taught us anything, it's that we should have professional politicians serving the public.

You are amazing, you are wonderful, but please no. This role requires deep knowledge in an area outside of your wheelhouse.