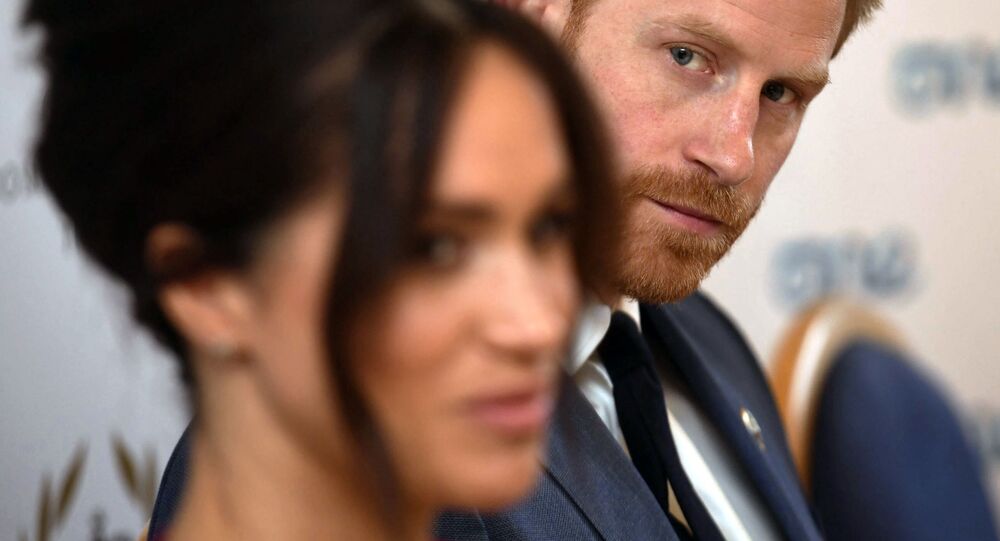 During a frank talk with Oprah Winfrey, Meghan Markle confided to the host that she learned about some unnamed royals having queried how "dark" the skin colour of her unborn son would be, with the comments giving rise to Harry's attack on "racism" and media "bigotry" in British society, which he said prompted them to flee his home country.

The father of an army officer who was once dubbed the P-word by Prince Harry believes the ex-senior royal's accusations of racism within the extended family, which were directly voiced in Harry and Meghan's bombshell interview with TV host Oprah Winfrey, are "wrong".

"Prince Harry might have his problems with the family but I don't agree with him at all. I don't think the UK people or the Royal Family are racists", Muhammad Yaqoob Khan Abbasi, the father of Harry's Sandhurst colleague Ahmed Raza Khan, shared with The Sun.

Abbasi, an ex-vice-president of Pakistan's Muslim Bank, said Brits and the Royal Family in particular are quite "accommodating to people from all parts of the world and giving them access to the best facilities as citizens and residents".

He said he had personally met members of the Royal Family asserting they were "extremely polite and loving", although admitting that the use of the P-word had indeed caused hurt at the time it happened.

Yet, he went on to say "you cannot ignore the love shown by other members of the Royal Family". "The royals are very nice human beings. I cannot call them racists. They are great people who respect their citizens. I believe they have the same level of respect for all people in their own country and around the world", he detailed his stance while speaking from his home in Abbottabad, Pakistan.

Abbassi met Prince Charles in 2006 when his son Ahmed was awarded the prestigious "sword of honour" by the Queen on the gounds of Buckingham Palace.

In their recently aired sit-down with talk show queen Oprah Winfrey, Meghan claimed their son Archie wouldn't be made a prince, amid swirling "concerns and conversations" about "how dark" his skin would be even before he was born.

She referred interview to a "George V or George VI convention" that would mean her son Archie would become a prince "when Harry's dad becomes king".

But she went on to say that she had been told when she was pregnant that "they want to change the convention for Archie" so he would not be granted the HRH title.

When asked at length by Oprah if the concerns surrounding her child being "too brown" and that potentially being a problem, Meghan replied:

The couple refused to specify who voiced concerns about their firstborn's skin, but Oprah later commented she was told it was not the Queen or her husband Prince Philip. Harry then took aim at the UK's press accusing it of "bigotry" and charging that "racism" in British society at large influenced their decision to leave the country for North America.

Harry's own slur at his Pakistan-born pal came to light in a video leaked in 2009 and dated three years earlier, when the 21-year-old cadet Harry partook in a military exercise in Cyprus. He, along with Clarence House, immediately issued an apology for the footage.

The prince said he had called Ahmed the P-word without malice, stressing he was sorry for any offence he had caused by doing so. Khan later weighed in, saying he took no offence whatsoever. "We were close friends when we were training and I know he is not a racist", contemporary reports cited him as saying.

After the tell-all interview with Oprah was released on 7 March, Prince William was the first royal to have his say on the racism claims, arguing in comments to journalists that "we're very much not a racist family". Harry's 38-year-old brother said: "I haven’t spoken to him [Harry] yet but I will do".