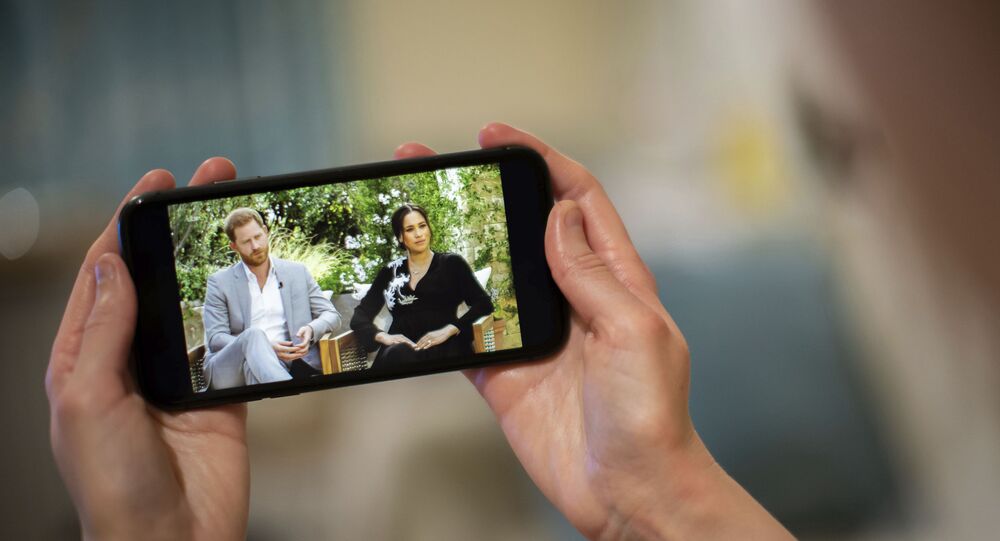 Buckingham Palace said in a statement on Tuesday that they would like to “privately” address issues raised by Meghan Markle and Prince Harry in their widely watched Oprah Winfrey interview aired on Sunday. The Duchess of Sussex claimed during the astonishing talk that her time in the palace made her contemplate suicide.

Meghan Markle’s close pal Janina Gavankar welcomed Buckingham Palace’s statement for “finally” acknowledging the duchess’ saddening experience within the royal family, including her mental health struggles and racism concerns, adding that there are “many emails and texts” to support her friend’s claims.

In a revelatory CBS interview with Oprah Winfrey aired on Sunday, Prince Harry’s wife said that she “didn't want to be alive anymore" during pregnancy with Archie over pressures from the British press and lack of support from the royal family. She also said that there were conversations about her son’s skin colour before his birth at the same time the Duke and Duchess of Sussex learnt that their son would not receive security because he did not have the title “prince”, which they feel he's been deprived of.

On Tuesday, Buckingham Palace responded to the bombshell claims, arguing that the royals were “saddened to learn the full extent of how challenging the last few years have been," for the Sussexes.

"The issues raised, particularly that of race, are concerning," the palace said, adding that “though some recollections may vary, they are taken very seriously and will be addressed by the family privately."

Speaking to ITV’s This Morning, Gavankar, who has been Meghan’s friend for 17 years, said that despite being “thankful” for the palace’s announcement, she knew that “the staff were well aware of the extent of it, and though their recollections may vary, ours don't.

"That's because we lived through it with them, and there are many emails and texts to support that,” the actress and musician added.

Meghan Markle’s friend also cheered for the start of the “new era” with the interview’s release.

“We can finally say the truth,” she told the hosts of This Morning, who have been trying to get more information from Gavankar about her take on the situation.

According to the actress, her friends had no intention “to nuke” the royal family with their bombshell claims - something the show’s host Phillip Schofield had suggested as Prince Harry’s 99-year-old grandfather is still in hospital after a heart procedure and treatment for an infection – but rather “to finally tell their truth".

Schofield concluded that the duchess’ pal has remained "unbelievably guarded” during the show.

Gavankar, whose answers to the hosts did indeed remain rather cautious, still went on to describe her friend as “kind and generous” and a “low maintenance” kind of gal.

Speaking about the start of Meghan and Harry’s relationship, Gavankar also said “it was clear she found her soulmate early on.

"I talk to them all the time," the 40-year-old actress said.

But not everyone has remained convinced by Meghan Markle’s account of her life in the royal household. ITV’s Good Morning Britain’s former host Piers Morgan said after the release of the Oprah Winfrey interview that he “didn’t believe a word” the Duchess of Sussex said. He resigned from the show on Tuesday after receiving a barrage of abuse for his scepticism.