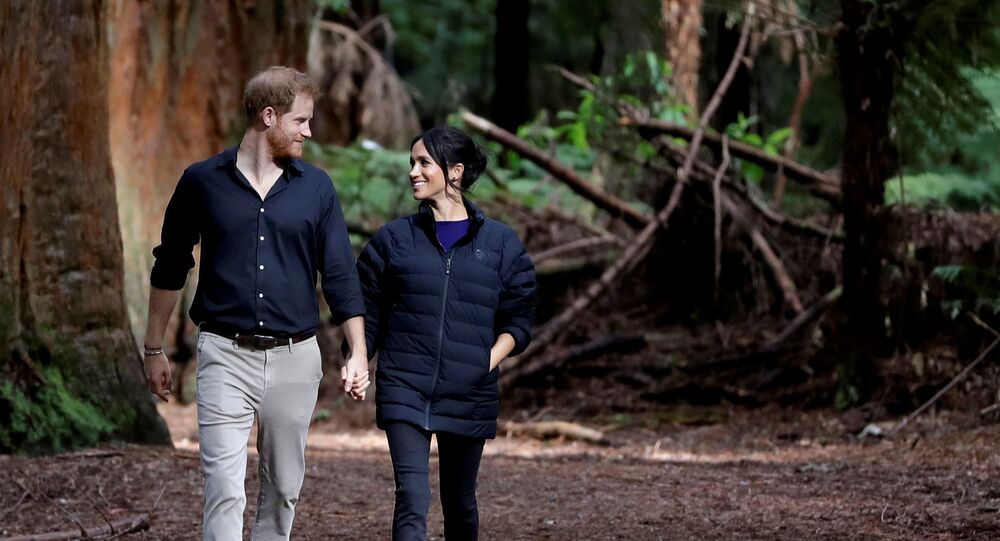 'Make or Break': Sussexes' Interview With Oprah Will Be Chance to Win US Audience, Report Claims

The tell-all special, titled "Oprah with Meghan and Harry," is expected to air on March 7, focusing mainly on the Duchess of Sussex, promising to provide an inside look at life as a royal, with royals.

The interview with American TV legend Oprah Winfrey will "make or break" the odds of the Duke and Duchess of Sussex being successful in the US, The Daily Mail reported Saturday.

The 90-minute show, which will air immediately after the hit CBS show "60 Minutes", is the chance for the couple to "woo and win over Americans".

"This is make or break for them," an undisclosed producer who used to work with Oprah reportedly said. "People in Britain assume they are famous here but the reality is they are not A-list stars in the same way Beyonce or even the Kardashians are."

The TV professional claims that this interview is extremely important primarily for Meghan, who needs to build her independent personal image in her home country instead of forever being associated in the mind of the average American with the UK royal family.

"It seems Meghan wants to state her case and present her narrative about how she was received in Britain and what caused Megxit," the producer said, saying it is significant that Meghan will appear on her own in the first part of the special. "She needs regular Americans to understand what she's about, like her and then want to click on her Netflix projects or Spotify podcasts."

The Duke of Sussex is expected to join his wife for an interview in the second part of the conversation. And one of the probable reasons for this could be that US citizens do not pay much attention to British royal life.

© AFP 2021 / BEN STANSALL
Almost Half of Brits Consider Sussexes' Interview With Oprah 'Inappropriate'
"Most Americans have no idea what they stand for and what they actually do. Of course, we know Harry is Princess Diana's son, but ask your average guy in the street and they likely have no clue about them beyond that," he said.

All in all, the expert figures that this interview will allow the Sussexes to present themselves and their views to the widest possible audience, and it will depend on them whether they manage to charm the American public.

"The fact they've been given the time slot after 60 Minutes, which consistently wins the ratings war on Sunday nights, should give them a huge audience going in. The question is can they keep those millions of viewers interested enough to keep watching for an hour and a half?", the producer asked rhetorically.

It was announced on Friday by Buckingham Palace that the Duke and Duchess of Sussex will not return to their roles as the senior members of the British royal family, after announcing their leave in early January 2020, thus resulting in them being stripped of all of their royal patronages and duties to the crown.

And last week, the royal couple announced they were expecting their second child.