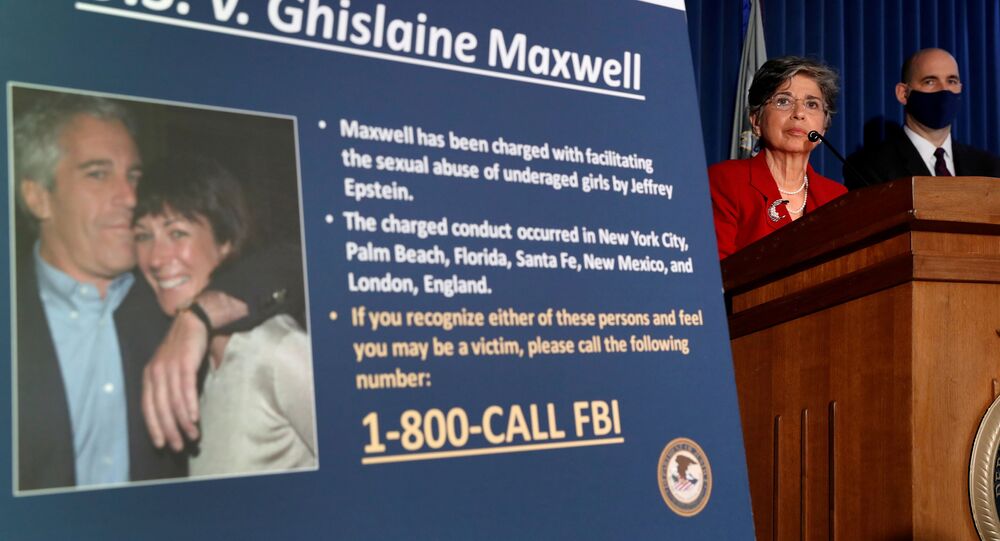 The ex-financier, who is linked to a number of celebrities, politicians, and aristocrats, was arrested last year on multiple sex-trafficking charges. Epstein committed suicide in his prison cell, according to the authorities, but questions about his acquaintances still remain.

Convicted paedophile Jeffrey Epstein and his supposed accomplice and former girlfriend Ghislaine Maxwell attended the Royal Family's Dance of the Decades at Windsor Castle as special guests of British Prince Andrew, Duke of York, on June 21, 2000, as part of their activities among the crème de la crème, the Daily Mail reported on Wednesday.

The newspaper obtained a souvenir brochure from the event, held to celebrate the four jubilees, that of the Queen Mother's 100th birthday, Prince Andrew's 40th, Princess Margaret's 70th and the 50th of Princess Anne. The booklet includes the names of Epstein and Maxwell among the notable guests.

According to the report, the pair's names appear separately on the list, in spite of Andrew's previous statement in an interview with the BBC last year that Epstein was invited only as Maxwell's "plus one". However, Royal protocol mandates that only married couples can be named together. And citing Maxwell, the Daily Mail reported that the couple was dating only during the 1990s.

The ball was reportedly held a year after Prince Andrew met Epstein and while the latter was actively trafficking and sexually abusing underage girls, allegedly with the help of Maxwell.

Recalling the ball in the interview, the Duke of York said that Epstein was present there at his invitation, and not at the Royal family's.

"But certainly at my invitation, not at the Royal Family's invitation but remember that it was his girlfriend that was the key element in this. He was the, as it were, plus one, to some extent in that aspect", he said.

Musician Graham Dalby was performing with his band that evening and did not see Andrew and Epstein on the dancefloor, suggesting they "would have been in a corner with a drink talking", according to the report.

Nevertheless, the musician was quite sure that Queen Elizabeth II met the friends that her son, Andrew, had invited, probably including Epstein, who was not a convicted criminal until 2006.

"Oh yes and she would have made it her business to know who everybody was. I mean she knew who I was", he supposed.

Prince Andrew has been facing pressure from the US Department of Justice to assist in the ongoing investigation into Jeffrey Epstein’s alleged sex-trafficking circle. An alleged sex slave Virginia Guiffre claimed she was forced to sleep with Prince Andrew for the first time in March 2001, when she was 17, in Maxwell's London townhouse.

The Duke of York has denied the accusations. Nevertheless, the duke had to step down from royal duties after the allegations triggered a widespread backlash in Britain, shedding a negative light on the Royal Family.

Maxwell is expected to stand trial in July 2021 and faces up to 35 years in jail if she is convicted. She has been charged with sex trafficking for Epstein's notorious network and two counts of perjury. Maxwell has repeatedly denied any accusations, saying that despite having once been partners and friends with Epstein, she had distanced herself from him long before his death.

As for Epstein, he died in prison in August 2019 while awaiting trial. His death was ruled a suicide, though the circumstances surrounding it have fueled speculation that the former financier was actually murdered so that he could not testify against his high-profile friends.