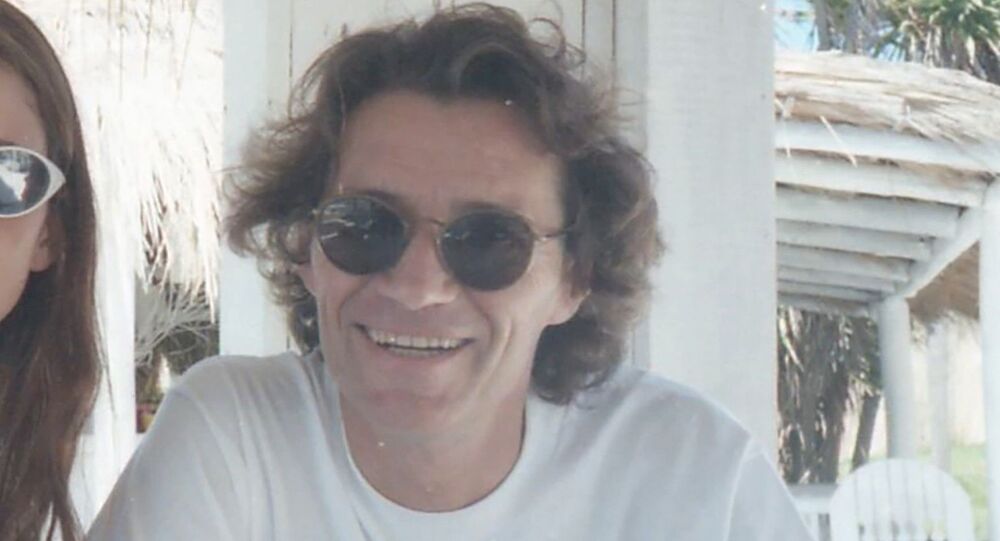 French modelling agent Jean-Luc Brunel, who is suspected of links to the deceased paedophile Jeffrey Epstein, was earlier indicted on charges of sexual harassment and the rape of underage girls and detained as part of a probe into purported victims of the late billionaire’s global sex ring.

An American model has claimed the arrest on sex assault charges of one of Jeffrey Epstein's purported cohorts in his global underage sex trafficking ring has filled with hope as she seeks justice against her own alleged abuser, reports the Daily Mail.

A Vogue and Elle model, Carré Otis said she was 'super emotional' but 'relieved' after learning of the arrest of Paris-born modelling agent Jean-Luc Brunel on 16 December.

The 74-year-old is a former associate of Jeffrey Epstein and the tycoon’s former lover and purported pimp Ghislaine Maxwell. He now faces allegations that he wielded his influential position in the fashion industry to rape and sexually assault women, including minors.

Brunel was arrested as he was about to board a flight from Charles de Gaulle airport in Paris to Senegal, telling detectives 'I'm going on holiday'.

“We are from an era where this behaviour was blatant. We have all known about perpetrators, there was no hiding their behaviour in any way. We still face a completely unregulated industry where perpetrators are still working, which is appalling,” said Otis in response to the announcement of the charges against Brunel.

Otis alleges she was the victim of rape by another prominent personality in the modelling industry, Gerald Marie.

The incident purportedly dates back to when Otis was 17 years old and working in Paris.

Marie, formerly European President of the prestigious Elite Model Management, which is headquartered in Paris and has represented supermodels such as Naomi Campbell, Helena Christensen, Claudia Schiffer and Cindy Crawford, was married to supermodel Linda Evangelista for six years.

A complaint has been filed in France against former Elite Europe boss Gérald Marie for "sexual assault", @20Minutes can reveal. It includes allegations of "rape" and "rape of a minor" by 3 former models. DA office is now reviewing the case @ModelAllianceNY https://t.co/HosbirIqGC pic.twitter.com/z78BMxVuc4

​Three ex-models and a BBC journalist came forward three months ago, urging French authorities to open an investigation into Marie, alleging that he had raped or sexually assaulted them.

Gerald Marie denied the allegations and no criminal investigation has been opened yet.

The detention of Jean-Luc Brunel, whose company was funded by the late billionaire Jeffrey Epstein, is part of an investigation into rapes and sexual assaults against minors in France suspected to have been committed by the trafficking ring spearheaded by the convicted sex felon, according to US court documents.

A key Epstein accuser, Virginia Roberts Giuffre, earlier claimed she had been forced into having sexual relations with Brunel on several occasions when she was still underage.

The French model scout, who had been keeping a low profile since Epstein’s death behind bars in 2019 while awaiting trial on sex trafficking charges, has vehemently denied the allegations.

As France carries a 20-year statute of limitations period, a number of accusations in both alleged rape cases fall outside of what is covered, since they are claimed to have been committed in the 1980s and 1990s.
Anne-Claire Le Jeune, a lawyer who represents accusers in both cases, including Otis, was quoted by the Sunday Times as saying:

Currently, Otis, 52, works with a non-profit group called the Model Alliance, based in New York, that aims to promote “fair treatment, equal opportunity, and more sustainable practices” in the fashion industry.

Following the announcement of charges against Brunel, Otis issued a call on all victims of sexual assault to contact Model Alliance Support and share their story, saying that she had seen the 'beginnings of predators being held accountable”.

Billionaire Jeffrey Epstein was charged in 2005 with molesting an underage girl and served a 13-month sentence. He was rearrested in July 2019 on suspicion of running a sex-trafficking ring by luring underage girls into his New York and Florida estates.

The disgraced mogul died under suspicious circumstances in his prison cell during pre-trial detention at Manhattan's Metropolitan Correctional Centre, with his death ruled a suicide.

In July, one of Epstein's purported associates and former girlfriend, Ghislaine Maxwell, 58, was arrested and charged with four federal counts dealing with her alleged procurement of young girls for Epstein.

She is currently in a Brooklyn jail after pleading not guilty to helping Epstein recruit and groom underage girls for sex in the mid-1990s, and not guilty to perjury for having denied involvement under oath.
Maxwell faces up to 35 years in prison if convicted at her scheduled July 2021 trial.