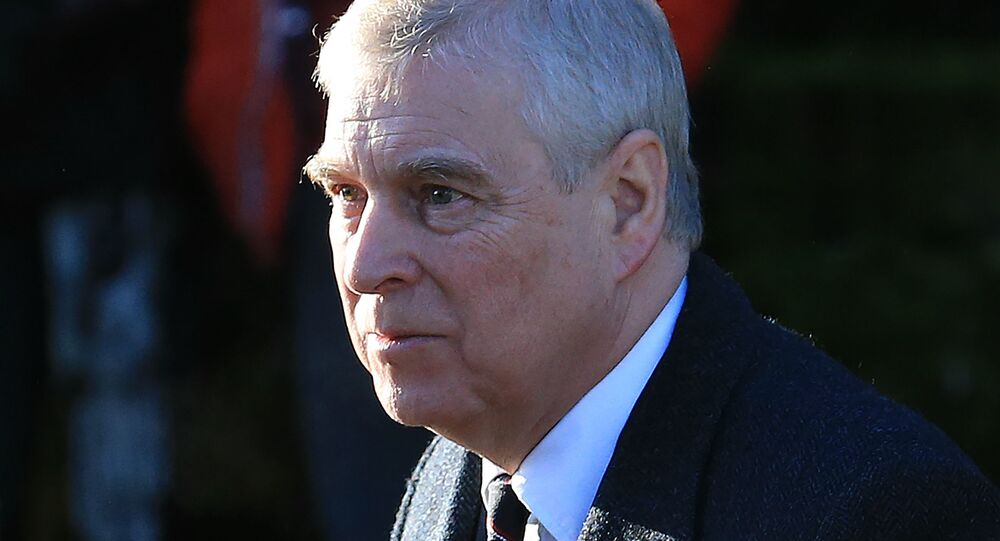 Amid questions over his ties to convicted paedophile Jeffrey Epstein, the Duke of York agreed to give a BBC interview, subsequently described as a "car crash", where he denied having sex with Epstein accuser Virginia Giuffre. The Daily Mail has since published a report questioning his alibi for the night the-then minor claims they slept together.

Despite statements to the contrary, Prince Andrew stayed at Jeffrey Epstein's New York mansion during a trip, when the late tycoon’s accuser alleges she was forced to have sex with the now-disgraced royal, reports the Daily Mail.

Sources are said to have confirmed that Queen Elizabeth II's son was a guest at the billionaire's Manhattan apartment in April 2001, throwing into doubt the assertions that the Duke of York made in his “car crash” BBC interview in November 2019.

“I wasn't staying there. I may have visited but definitely didn't, definitely, definitely no, no, no activity,” the royal, 60, told the host of Newsnight, Emily Maitlis at the time.

However, an investigation by the outlet claims that both the Duke of York and a Scotland Yard bodyguard spent a night at Epstein's townhouse in the city during Prince Andrew’s three-day trip to the United States.
That is when his accuser, Virginia Roberts, alleges she was trafficked to the Prince for sex by Jeffrey Epstein and his associates.

Roberts, who was 17 at the time, has been insisting this was their second encounter, after she was previously pressured into a sexual encounter with the father-of-two royal in London. These claims have been repeatedly dismissed by the Duke of York.

According to Prince Andrew’s official itinerary of the 2001 visit to the United States, cited by the Daily Mail, the duke spent the first night at the residence of the British consul general in New York. This was followed up by a flight to Boston for 24 hours, upon returning from which he slept “at a private address” in New York.

The decision, according to the outlet, was driven by concerns to “save taxpayers' money”. Neither Epstein, British socialite Ghislaine Maxwell nor Miss Roberts were at the property at the time, they insist.

While the Prince has failed to “fill in the blanks” regarding his activities throughout those few hours, both Virginia Roberts and another Epstein “masseuse” claim they met him in the city during the specified time.

The Duke of York’s fall from grace began after questions began to be raised over his ties to convicted paedophile Jeffrey Epstein, who died while awaiting trial on sex-trafficking charges.

Epstein’s alleged sex trafficking victim Virginia Roberts Giuffre - now a mother of three living in Australia - claimed that she was forced to sleep with Prince Andrew on at least three occasions in 2001, including in New York around Easter that year, when she was still a minor.

Last autumn Prince Andrew chose to defend himself against the allegations in a BBC Newsnight interview, strongly denying all of the accuser’s claims.

He insisted he could not even recall meeting her, despite there being a picture of apparently of the two of them at the London home of Jeffrey Epstein’s “madam” and former girlfriend Ghislaine Maxwell on 10 March 2001.

The Duke of York, who has since resigned from all public roles as a result of his association with the Jeffrey Epstein sex trafficking scandal, is alleged to have entered intimate relations with Roberts in New York at the same time when he was accused of a groping incident involving a 'Spitting Image' puppet and another young woman at the Epstein mansion. No improper conduct has been alleged by the other woman, Johanna Sjoberg.

The “groping” accusation was contained in documents from a 2015 defamation case, with court papers released a day before wealthy US financier Epstein was found dead in his prison cell while awaiting trial.

Johanna Sjoberg alleged that Prince Andrew touched her breast while they sat on a couch in Epstein's Manhattan apartment in 2001.

“ I just remember someone suggesting a photo, and they told us to go get on the couch. And so Andrew and Virginia sat on the couch, and they put the puppet, the puppet on her lap. And so then I sat on Andrew's lap, and I believe on my own volition, and they took the puppet's hands and put it on Virginia's breast, and so Andrew put his on mine," said the woman in the documents.

During the BBC interview, when the Duke of York was asked by the host about Sjoberg's “Spitting Image” puppet account, the Queen’s second son seemed to acknowledge that he might have visited the property.

“I probably did…because of what I was doing I was staying with the consul general which is further down the street on Fifth so I wasn't…I wasn't staying there. I may have visited but definitely didn't, definitely, definitely no, no, no activity,” said the royal.

Details of what is claimed to be the Prince’s inaccurate account in the BBC interview of his sleeping arrangements during the New York trip follow an investigation by the Daily Mail into the claims made against him by Virginia Roberts.

Thus, the outlet published an eye-opening report, citing a family diary, claiming the Duke of York had scheduled a manicure the same day he said he was busy taking his daughter Beatrice to a Pizza Express in Woking. At that specific time, his accuser, Roberts Giuffre, claims the royal was engaged in intimate relations with her.

In the now infamous BBC Newsnight interview, the Prince emphatically denied Roberts Giuffre’s accusations, insisting that he was dropping his daughter off at a Pizza Express at the time in question. Meanwhile, Princess Beatrice, who was 12 in 2001, earlier said that she had “absolutely no recollection” of the Pizza Express birthday bash, writes the outlet.

During the interview, he had also suggested that the photo allegedly showing him with his arm around Roberts Giuffre's waist might have been doctored.

Prince Andrew has been facing increasing pressure from US prosecutors to assist in the ongoing probe into Jeffrey Epstein’s alleged sex-trafficking circle.

Epstein died in prison in August 2019 while awaiting trial, with his death ruled a suicide. His former lover and alleged accomplice Maxwell is currently in a Brooklyn prison awaiting trail on charges of grooming minors for further abuse by the financier.