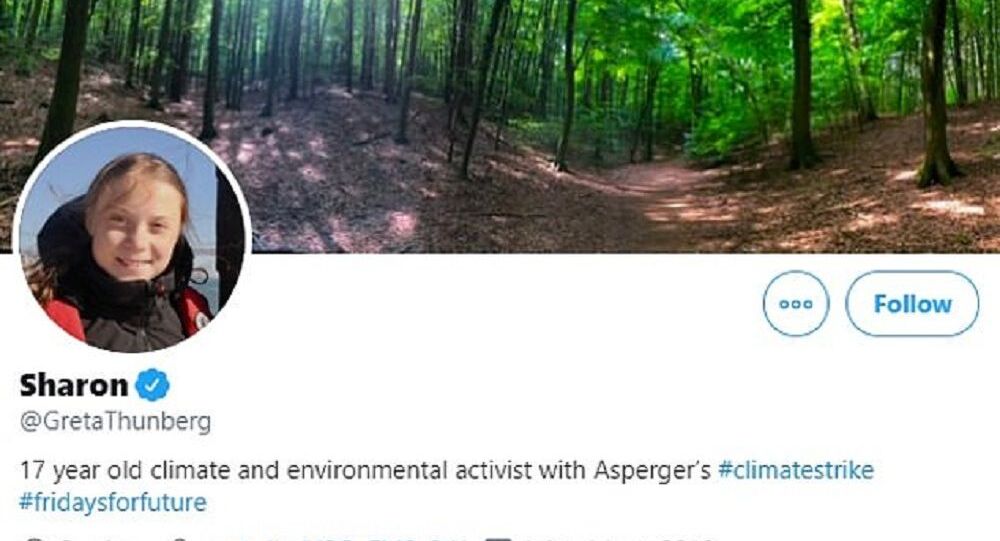 Amanda Henderson, 33, an actress and star of the hit TV show Casualty left viewers of the BBC show 'Celebrity Mastermind' with tears of laughter when she could not correctly guess the name of a certain high-profile Swedish teenage climate activist.

Henderson was asked by quiz show presenter John Humphries for the name of the author who wrote the book 'No-One is Too Small To Make A Difference'. The celebrity, appearing alongside actor Paul Chuckle, TV chef Levi Roots and comedian Geoff Norcott, was baffled and responded with embarrassment: "Sharon?"

The awkward moment instantly went viral on social media. The author of the book named in the show, Greta Thunberg, brilliantly responded to Henderson's gaffe by changing her Twitter monicker to 'Sharon'.

Thunberg's move sparked a whirl of supportive posts from netizens, who congratulated the world-renowned environmental activist with her 17th birthday.

​Some netizens have, however, hinted at conspiracy theories circulating following Thunberg's appearance on the world stage.

Not a big fan but whoever your shade consultant is needs a pay rise.

​Thunberg spent her birthday at a weekly 'Fridays for Future' march outside the Swedish parliament. The climate change activist joined demonstrators who have marched outside in Stockholm, for the 72th consecutive week, as a means of bringing wider attention to the incipient climate change crisis facing humanity.