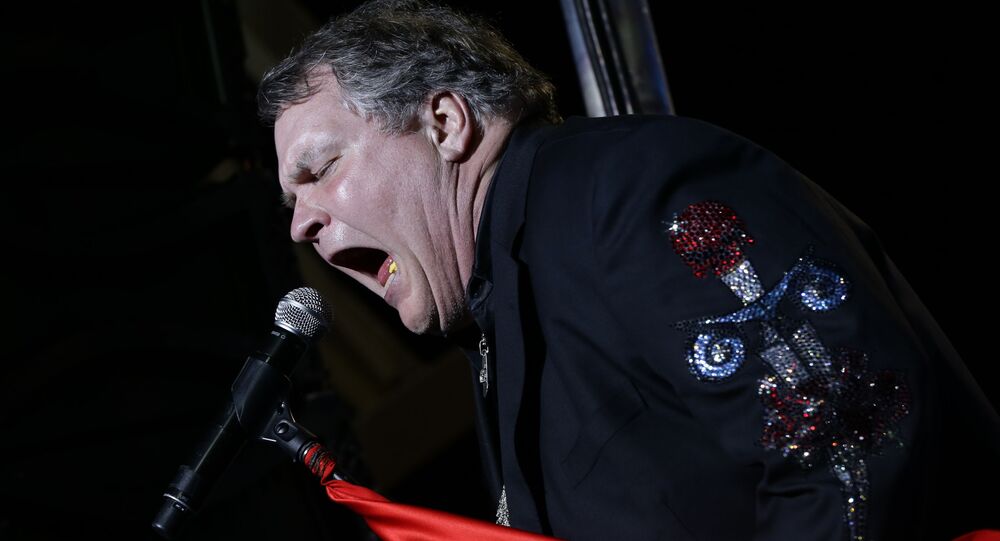 The singer, who has undergone four back surgeries in recent years, revealed that although he is more than good at making love, his relationships with women were never motivated by sex.

Singer Meat Loaf revealed in an interview with the Daily Mail that he is a god of sex and has always been able to get the best looking women. The musician, who is one of the best-selling artists of all time, claimed that he has always enjoyed females’ attention, even when he was a fat motherf***er. "Most of my songs are... well, true. They are story songs and I am really good at stories. I am a sex god, dear", he told the newspaper.

The singer then revealed that sex was never his ultimate goal, stressing that nowadays men have forgotten how a gentleman should behave. "These days men don't open the doors, they don't do anything right. Truthfully, all they go out for is to get laid. I've never done that. It's not my first option; never has been - and that's why I've gone out with all these good looking women".

The musician, who once weighed 120 kilograms but dropped 31 kilos, also shared some tips on losing weight. The singer said one needs to pay attention to products with fat and sugar. "Don't worry about the calories. Don't eat anything over 5g of fat and 3g of sugar. I once did a low carb diet and lost 70lbs but I put it all back on", he told the Daily Mail.

The artist also opened up about climate change and environmentalist Greta Thunberg, who quit school in order to raise public awareness to the problem of global warming. Meat Loaf, who once worked with President Donald Trump on his show The Apprentice, said he feels sorry for the young activist, noting that he thinks Thunberg is brainwashed. "She has been brainwashed into thinking that there is climate change and there isn't. She hasn't done anything wrong but she's been forced into thinking that what she is saying is true", he said.