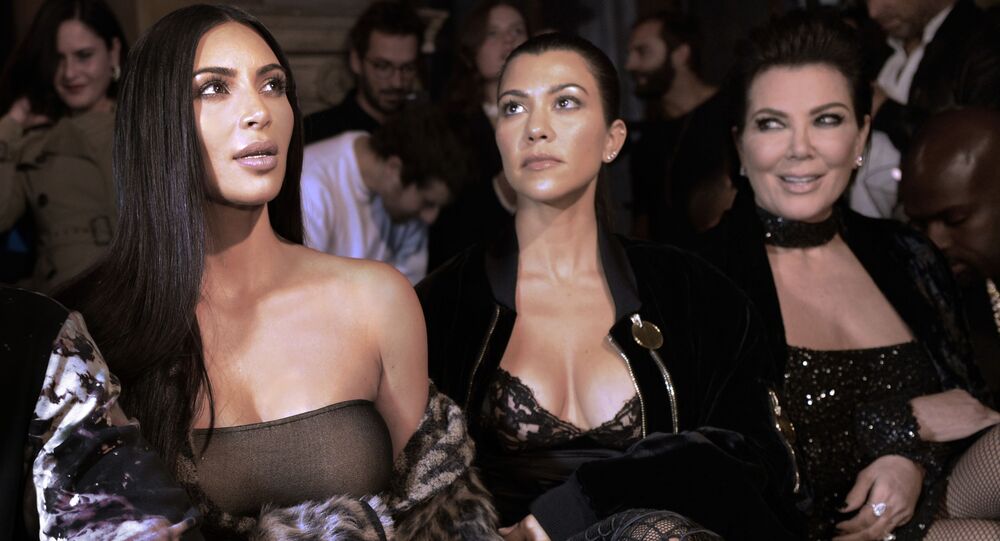 The heated altercation between the Kim and Kourtney Kardashian celebrity sisters was broadcast in a promo for the upcoming episode of the family reality show 'Keeping Up With The Kardashians'.

'Kim and I just got into the biggest fight. She just was going so crazy [...] She was sending me the meanest text messages. You would die. She's like, "You're the biggest ungrateful b****", Kourtney said, adding that she has told her sister Kim: "So I said, 'God, you're such a petty woman'. And she's like, 'Is that a joke? I had to intervene when your stylist pulled the nastiest clothes for you for your birthday party".

Later, Kim and her mother discussed the altercation, which has been described by sources as a staged attempt to build up interest in their branded products. The mother was ready for her daughter to dish, sitting down and asking: "So wait, what's happening?"

"Basically, I got into the biggest fight with Kourtney today because she's just such a b****. Like, on another level [...] So I called Kourtney, and Kourtney like screamed at me on the phone and was like, "You think I like your style? You have the lamest style!", Kim told her mom, exasperated.

The scene then turns to Kourtney and Khloe. Kourtney continued to recount the conversation with her sister: 'I said, "You're going to school to become a lawyer to help the world, and these are the kinds of problems you have?"

Then the scene cuts and turns back to the dialogue between Kim and her mother. Kim complains that at some point Kourtney called her "a f**king fake humanitarian ho".

"I actually do s**t for the world", said Kim frustrated, adding that "and you f**king fake it all day long and act like, "Oh, there's people dying, Kim!" And what the f**k are you doing about it? So shut the f**k up".

According to a short description, the so-called reality show "Keeping Up With The Kardashians" - which has run on televison since 2007 - is a carefully scripted peek inside the purportedly privileged lives of various members of the Kardashian family, including sisters Kim, Kourtney, Khloé, Kendall and Kylie.

Kim Kardashian Addict Admits She Cried Over Her ‘Fish Lips” After Surgery, Warns Others Not to Walk in Her Shoes