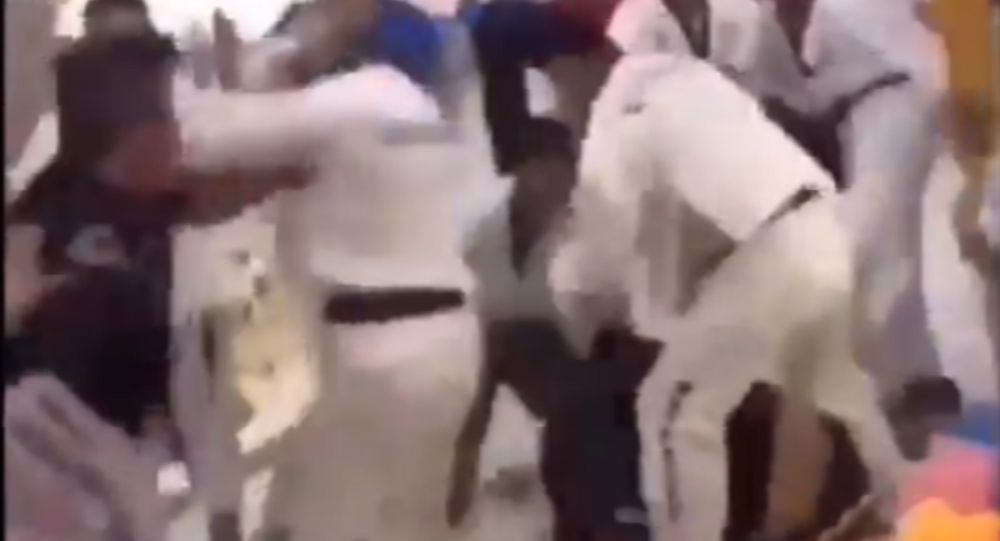 According to reports, members of a taekwondo group were demonstrating their moves to promote their school at a mall in Jiangsu province, north of Shanghai. Onlookers reportedly complained, however, that they were too loud, the South China Morning Post (SCMP) reported.

​The taekwondo members were confronted by a group of gym employees. Although it is unclear how the altercation began, video footage captured by onlookers shows the gym workers and Taekwondo practitioners violently exchanging fists and kicks, with the gym workers coming out on top.

A video of the incident, shared by Fight Commentary Breakdowns on YouTube, shows some of the taekwondo fighters throwing themselves on the floor — even when they are not being attacked by the gym workers — perhaps to gain the sympathy of security and police officers when they arrive at the scene of the attack.

​"I don't know about the fight being all fake […] those were some stiff shots. I think the flopping was maybe to incriminate the other guys more," one YouTube user commented on the video.

"That group of Taekwondo practitioners are smart for flopping. They just weren't smart enough to do it before people started filming," another user commented.

"That was a real brawl, no question," another commenter voiced. "Why they were laying down was probably for the lawyers so they could take the fight to the courts. Of course video of them faking it will backfire severely on them if they try it. I am by the way not at all surprised that strength and conditioning beat out taekwondo in a close quarters brawl. I would have put very high odds on the Gym Bros before hand."