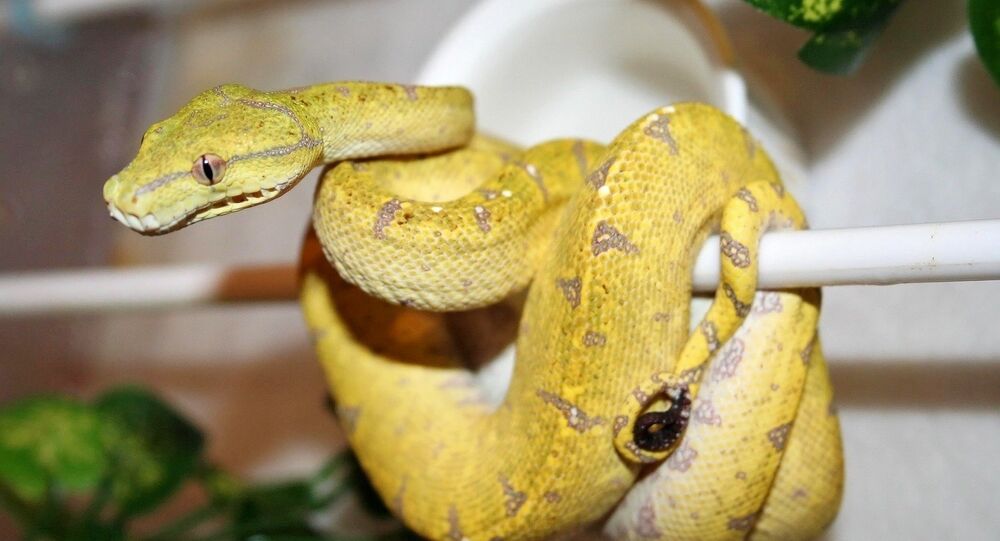 A souvenir of the slithering variety caused minor chaos for one unlucky tourist who opened her bag to find not only a snake, but also its skin stuffed into her slipper.

A souvenir of the slithering variety caused minor chaos for one unlucky tourist who opened her bag to find not only a snake, but also its skin stuffed into her slipper.

Moira Boxall presumed her vacation had concluded when she departed Queensland and traveled thousands of miles back home, but a cheap guest ended up giving the jet-lagged Scotland national an immediate jolt of energy!

Initially assuming the serpent was fake and an attempt at a cheap joke, imagine Boxall's shock when she discovered the fresh-faced reptile found itself comfortable enough to curl up in her empty slipper and molt while mere inches from the traveler's toes.

Snake on a plane! A woman from Bridge of Allan's found more than she bargained for when she unpacked her suitcase following a holiday in Australia. The spotted python's now being looked after by the @ScottishSPCA 🐍 pic.twitter.com/ljfxoljbE9

"Interestingly, when I put it on social media someone commented saying, 'you can now say you have snake-skinned shoes,'" Boxall told the Australian Broadcasting Corporation (ABC).

Further examination of the Australian creature by Scottish SPCA revealed the native to be a simple spotted python: non-venomous and commonly domesticated Down Under.

Boxall was understandably relieved to learn the snake wasn't of the deadly variety, but, according to her son Paul Airlie, she may have decided this would be her last trip to visit him in Queensland.

"She said she's not so keen to come back and visit. But I suspect she will — she'll have to think about it at first," Airlie clarified, also admitting that he actively downplayed the prevalence of pythons around town.

Boxall says she recalled having a conversation about a snake roaming around Airlie's house, but was promptly instructed to not worry about the situation.

The snake remains under quarantine in Scotland, but ABC reports the serpent may end up slithering around a Glasgow zoo.