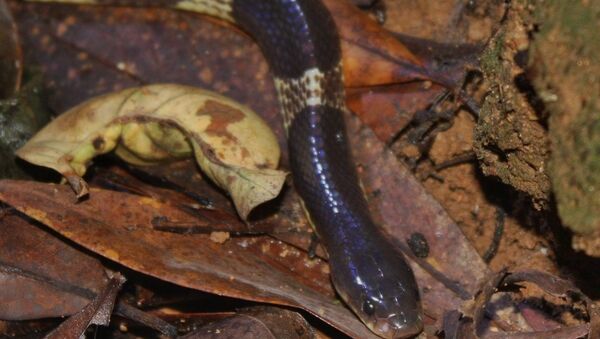 Despite having some time to call paramedics, the man ignored the bite, allegedly being oblivious about how dangerous the snake was. When the police arrived to question him on rape accusations, he was already dead.

An unnamed man was found dead in a Chinese hotel room after being bitten by a venomous snake, reported the Daily Mail, citing Chinese media. According to the tabloid, the man invited an unnamed woman into his hotel room and then allegedly forced her to have sex with him, threatening her with three snakes that he had brought along.

WATCH: Amateur Snake Rescuer Escapes with Life After Being Bitten

But, as he was taking a bath after the alleged intercourse and playing with one of the snakes, the venomous serpent bit him. Instead of calling for medical assistance, the man just went to sleep, presumably oblivious to the fact that it was venomous.

The girl escaped the hotel room and called the police after safely returning home. Unfortunately, when police arrived to the hotel to question the man about the alleged rape, he was already dead, with two of the snakes, escaping his room. One of them was caught at the doorstep of another hotel suite by local firefighters, with footage of the ordeal surfacing online.

One more snake was taken from the man's hotel room. The fate of the third serpent remains unknown. One of the snakes that were caught was a many-banded krait (also known as Chinese krait) — which is highly venomous.