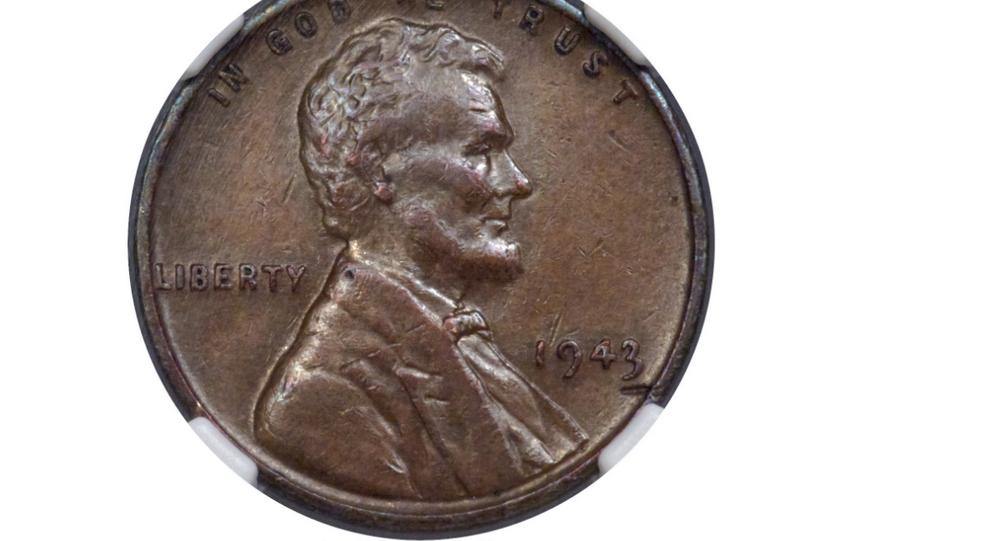 Lucky Lincoln: Rare 1943 Penny Could Fetch Over $1 Million at Auction

Next time you find a penny stuck in between your couch cushions, it might be worthwhile to hold onto it.

Massachusetts native Don Lutes Jr., who died in September, found a 1943 copper Lincoln penny in his lunch money change back in 1947. His penny is currently being auctioned by Heritage Auctions in Orlando, Florida. The auction ends Thursday, and the current bid stands at $130,000.

According to Heritage Auctions, the "bronze Lincoln cent is the most famous error coin in American numismatics." Numismatics refers to the study or collection of coins, paper currency and medals.

Only a handful of such coins have ever been discovered, according to Heritage Auctions. PCGS CoinFacts, which offers information to all collectors of US coins, estimates that there are only 10 to 15 such pennies.

In 1943, during World War II, pennies were minted out of steel because copper was reserved for other uses, such as shell casings and telephone wires. As a result, the coins were made using zinc-coated steel, but a handful of them, including the one uncovered by Lutes, were mistakenly pressed with copper.

"Stories appeared in newspapers, comic books and magazines, and a number of fake copper-plated steel cents were passed off as fabulous rarities to unsuspecting purchasers," the auction house wrote on its website.

"Despite the mounting number of reported finds, the Mint steadfastly denied any copper specimens had been struck in 1943," Heritage Auctions added, referring to the US Mint, which produces coinage for the US.

The Mint initially denied Lutes' claim that he had a 1943 copper Lincoln penny when he first notified notified the US Treasury about his findings.

In a statement obtained by multiple media sources, Sarah Miller of Heritage Auctions said, "This is the most famous error coin in American numismatics, and that's what makes this so exciting: No one really knows what it's going to sell for."

A similar penny sold was sold by a New Jersey dealer for $1.7 million in back in 2010, UPI reported at the time.