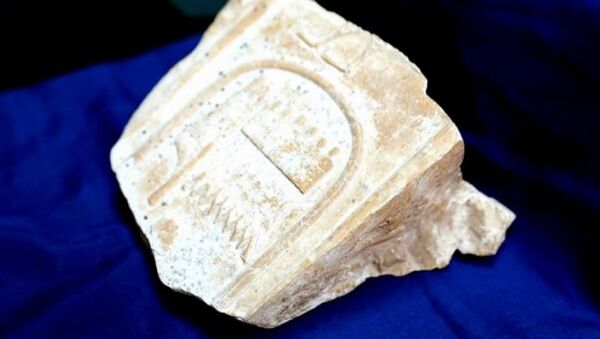 A tablet of stone which dates from the era of King Amenhotep I, an Egyptian pharaoh who died in 1504 BC, has been seized after being displayed in a London auction hall.

Egypt's Ministry of Antiquities announced on Facebook on Tuesday, January 8, the cartouche, which had been smuggled out of Egypt, had been safely returned.

The ministry's director-general, Shaaban Abdel Gawad, said the Egyptian authorities alerted the British police that the item had gone missing after being exhibited at the museum of the ancient Temple of Karnak in the city of Luxor.

The auction house was persuaded to withdraw it from sale and it has now been returned to Egypt.

Cairo has stepped up efforts in recent years to stop trafficking of ancient Egyptian treasures, which can fetch hundreds of thousands of pounds and are sought after by collectors.

Egypt said recently it would stop loaning artifacts to foreign museums unless stolen items were returned.

Last week it was announced that a casing stone from the Great Pyramid of Giza would be put on show at the National Museum of Scotland in Edinburgh next month.

The large block of fine white limestone will be on public view for the first time since it arrived in Scotland in 1872.

It was during the reign of King Amenhotep I that what is known as the Egyptian Book of the Dead was written.