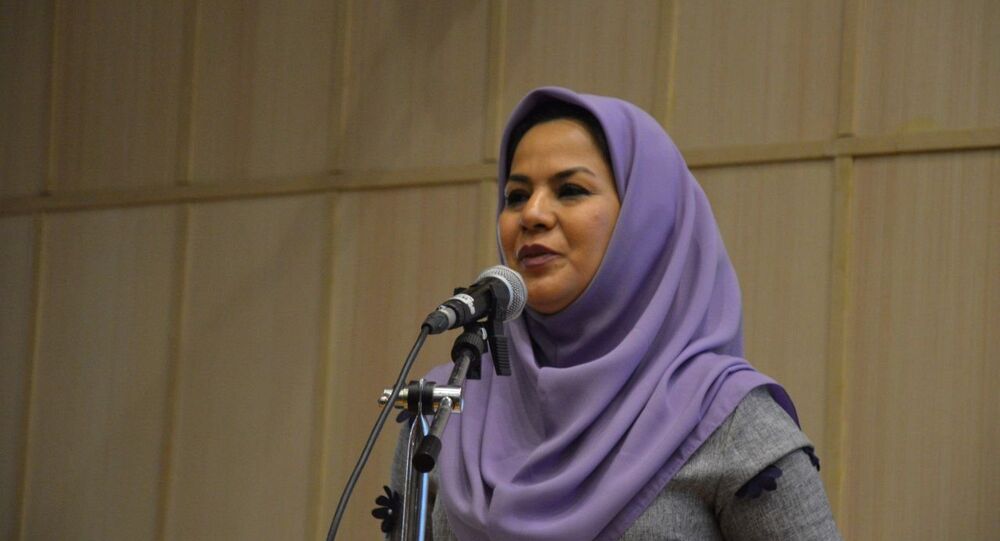 In a country where certain jobs, such as radio presenter and reporter, are dominated by men, one woman is sending ripples through the conservative society. Sputnik Iran spoke to Maedeh Alaghmand, a sports commentator who set a new record in Iran as she commented live on kabaddi matches for 10 hours.

Maedeh Alaghmand has been working in radio for 16 years. She successfully passed the test for diction and became one of the few female reporters and radio presenters in the country.

“My birth as the host took place on the radio station called Youth. In 2002, I started working for the Iranian State TV and Radio Company, I worked there for 4 years, then there were some events, I had to finish my university, so I was transferred to radio Tehran where I worked for nine years,” Maedeh said.

Later on she returned to the State Radio Company, where taking into account her experience in preparing sports programs, as well as working on radio Tehran and other radio and television channels, she was transferred to the sports section.

Maedeh specializes in reporting on volleyball, badminton and aerobics. She also has experience in judging, which Maedeh acquired at the women's badminton championship among teams from Muslim countries.

© Flickr / Polish Ministry of Foreign Affairs
‘They're All Foreigners': Radio Announcer, Producer Fired For Racist Banter (VIDEO)
Recalling one of the saddest moments in her professional life, Maedeh told Sputnik that she got selected to the list of reporters for one of the world championships in South Korea, but in the end she was replaced by a man.

“State Radio Company never and under no circumstances will send a woman on a business trip for international competitions. But the director of Radio Sport was against my trip to Incheon. My name was crossed out, and they told me that they had put a man in my place. How I cried back then!” the radio presenter said.

According to Maedeh, sports commentators should not use too much sports terminology, because very few people understand it.

“It is important to explain to the listener’s different moments of the game simply. I, for example, cannot tell the listeners during the badminton game ‘and now there will be a blow called…,’ In the radio it is necessary to say ‘a strong attack hit was carried out…’".

Recently, Maedeh was working as a female reporter in the Iranian province of Golestan, where she set a new record in Iranian media.

“I beat a 40-year record since the Islamic Revolution. I am the first woman to report for 10 hours on Asian kabaddi games,” she said.

Kabaddi is a contact team sport popular in South Asia.

Speaking about her plans for the future, the radio commentator said that she plans to release a program for women, because there are very few women reporters and presenters in Iranian television and radio broadcasting.

About 3,700 People Detained During Protests in Iran – Lawmaker