Twitter used to steer clear of “battles” among users until some women and minorities became deprived of a say on the social media network due to online sexual harassment and bullying.

However, earlier this day, Twitter announced that it would start enforcing new rules to reduce hateful and abusive content.

READ MORE: Wrong Thing to Do’: May Slams Trump’s Far-Right Retweets as ‘Hateful’ 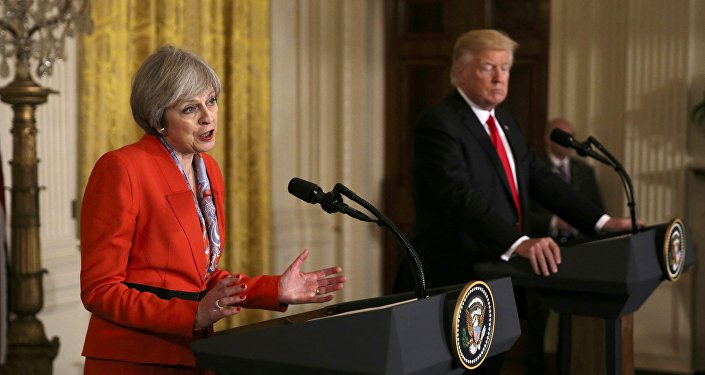 © REUTERS / Carlos Barria
The Nauseating Hypocrisy of Liberal Anger at Trump Retweets
The new rules will require any accounts associated with groups that promote violence against civilians either on or off the social media platform to remove all tweets that promote glorify violent acts, a press release said. Anyone who refuses to comply will be permanently suspended from Twitter.

Hateful imagery, including logos or symbols that promote "hostility and malice," is now considered sensitive material under the company's media policy, Twitter stated, adding that it would start placing a warning sign before pictures showing Nazi swastikas or other hate items appearing on the feed.

In November, Trump retweeted videos originally published by Fransen, which claimed to show violent acts committed by Islamic extremists, causing an uproar at home and also in Britain, with UK Prime Minister Theresa May voicing criticism over the move she described as hateful.

Following a mass rally of white nationalists in Charlottesville, Virginia, which culminated in a car-ramming attack, a number of their accounts were removed from Twitter in August 2017.