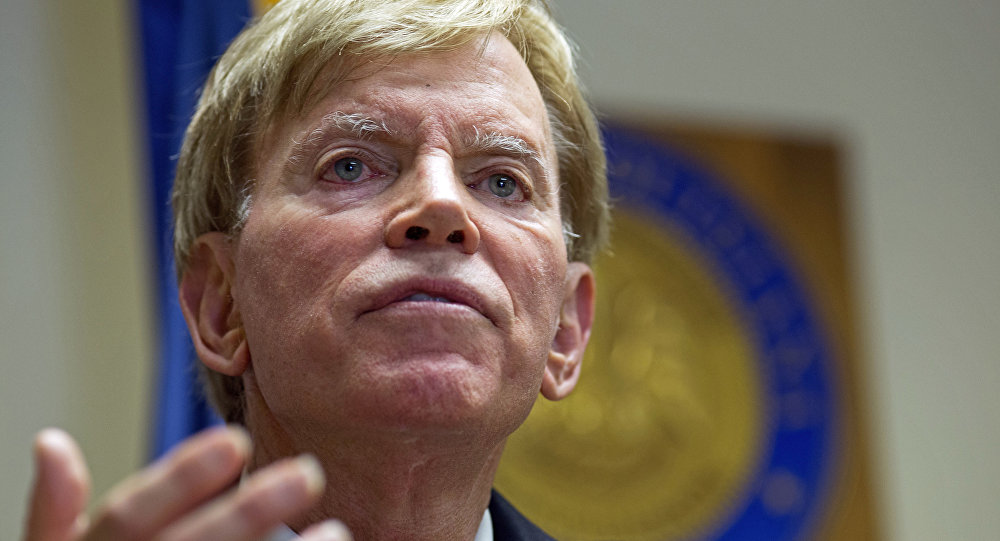 Even as US President Donald Trump faces a barrage of criticism on social media for retweeting violent videos shared by a British right-wing activist, he received a message of support from the former head of the most infamous white supremacist organization in the United States.

David Duke, former Republican Louisiana State Representative and ex-Grand Wizard of the Ku Klux Klan, voiced his support of Trump’s latest retweets, claiming that "that’s why we love him."

Trump retweets video of crippled white kid in Europe being beaten by migrants, and white people being thrown off a roof and then beaten to death, He's condemned for showing us what the fake news media WON'T. Thank God for Trump! That's why we love him!

This is why WE LOVE TRUMP and WHY the FAKE NEWS MEDIA HATES TRUMP. He brings to light what the lying, Fake News Media Won't. The truth is the media covers up horrific numbers of racist hate crimes against White people! https://t.co/G9pP9qCUNM

At its height in the 1920's, the KKK boasted a national dues-paying membership of nearly 5 million men and 500,000 women, according to the Washington Post. For comparison's sake, the US Census Bureau recorded that in 1920, the African-American population numbered less than 11 million.