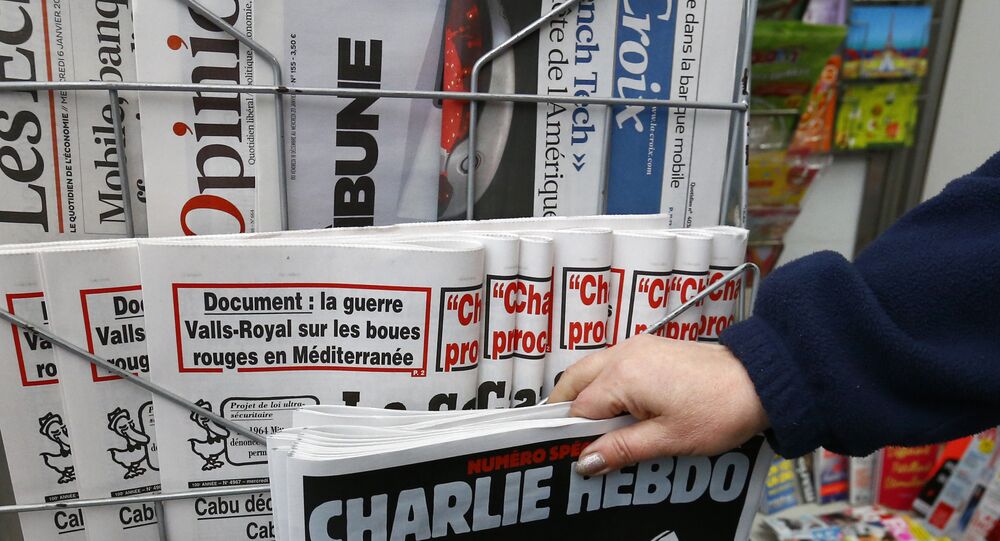 Satirical French magazine Charlie Hebdo, well-known for courting controversy with their irreverent cartoons, have turned their attentions to Hurricane Harvey with a cartoon depicting the Texans killed by the cataclysmic storm as neo-Nazis assailed by God.

The cartoon depicts a collection of Nazi flags and banners partially submerged underwater (which doesn't even make sense: fabric flags would float) and a group of people seemingly performing the notorious Nazi salute — except the water levels have submerged their entire bodies save for their hands and wrists.

"God exists! He drowned all the neo-Nazis of Texas," reads the picture's caption. The caption seems to be a reference to Texas' support for US President Donald Trump, who won 52.6 percent of the state's vote during the 2016 general election. Houston, however, is a liberal stronghold — 54 percent of Harris County, which houses Houston, voted for Hillary Clinton.

© Photo : Pixabay
US State of Louisiana Braces for Second Hurricane After Dodging Brunt of Harvey

It also seems to be a reference to the white supremacist and neo-Nazi rally that turned deadly in Charlottesville, Virginia — 1,300 miles from Houston, Texas. There is no evidence that anyone killed by Hurricane Harvey was a neo-Nazi.

Hurricane Harvey has already killed 35 people that we know of, displacing tens of thousands and causing billions of dollars in damages. The White House today said 100,000 homes had been affected by the storm, and has asked Congress to unlock emergency funds for the affected areas. It seems well on its way to becoming the most devastating storm since Hurricane Katrina in 2005, and may well exceed it in terms of economic disruption.

An evil, despicable cover. Also, the losers at Charlie Hebdo have a God-given right to publish it, & no one has the right to shoot them pic.twitter.com/isOVjkXPR0

I don't agree with the Charlie Hebdo cover. But, unlike radical Islam, I won't try to hurt you because of it.#ThursdayThoughts pic.twitter.com/DQcpV4eiM3

Charlie Hebdo is most famous for a 2015 incident in which two Al Qaeda associated Islamic militants gunned down 12 people in the magazine's Paris headquarters. The attack was revenge for satirical cartoons in the magazine depicting the Prophet Muhammad, which is strictly forbidden in many branches of Islam.

Since the incident, that drew international attention and support for the magazine's right to publish whatever they wanted, Charlie Hebdo have also mocked the Judeo-Christian God; the October 2015 crash of Metrojet Flight 9268, which killed 224 people, almost all of them Russians; and the August 2016 earthquakes in Italy that killed 299 people.

They weren't the only outlet to see the devastation and wonder how they could improve their journalistic brand by mocking the people whose lives were destroyed. American outlet Politico posted a cartoon of a stereotypical Texan hillbilly with a confederate flag shirt, "SECEDE" banner, and "Don't Tread On Me" flag being airlifted away from his submerged home. "Angels!" the cowboy proclaims. "Sent by God!"

"Er, actually Coast Guard … sent by the government," replies one of the rescuers.

If you want to know what.@politico thinks about the victims of #Harvey, here is the cartoon they just tweeted, then deleted. pic.twitter.com/9cr0Ne2Z06

Pulitzer-winning cartoonist Matt Wuerker, who drew the strip, issued a statement about his artwork. "As a political cartoonist, I try to get people to think – to consider the ironies and subtleties of the world we live in. This cartoon went with an extreme example of anti-government types – Texas Secessionists – benefiting from the heroism of federal government rescuers," Wuerker wrote.

"It of course was not aimed at Texans in general, any more than a cartoon about extremists marching in Charlottesville could be construed as a poke at all Virginians. My heart is with all the victims of Hurricane Harvey's destruction," he added, "and those risking their lives to save others.'

US Coast Guard Rescues Over 4,300 People in Texas Amid Harvey Flooding