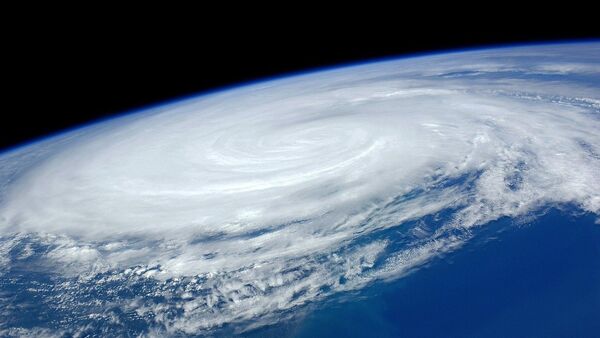 The US state of Louisiana escaped the full force of Hurricane Harvey, but people need to brace for a second powerful storm that is less than two weeks away, according to Governor John Bel Edwards.

High and Dry: Harvey ‘Indefinitely' Knocks Out Water Source of Major Texas City
WASHINGTON (Sputnik) — The US state of Louisiana escaped the full force of Hurricane Harvey, but people need to brace for a second powerful storm that is less than two weeks away, Governor John Bel Edwards said during at a press conference on Thursday.

"We’re still in hurricane season and in fact there is a category 2 hurricane out in the Atlantic now, Hurricane Erma, that is tracking westward, and we don’t know where it’s going to go but we know it has the possibility of impacting Louisiana in ten to 12 days," Edwards stated.

Otherwise, Hurricane Harvey, now a tropical depression, is expected to completely exit Louisiana within hours after causing limited damage compared with the devastation in the neighboring state of Texas, Edwards explained.

"We’re probably talking in the hundreds in terms of the number of homes that have actually sustained flood damage, but it’s probably been a couple of thousands of homes from which people evacuated both because of damage but also largely because flood waters presented a hazard," Edwards said.

As of Thursday afternoon, Edwards said that 1,120 people have relocated to emergency shelters in his state, 876 of them from Texas, with up to 3,000 additional Texans expected by the end of the week.

Harvey made its second landfall on Wednesday, hitting the Texas cities near the Louisiana border with a record 26 inches of rain, doubling the previous record set in 1923, according to reports.