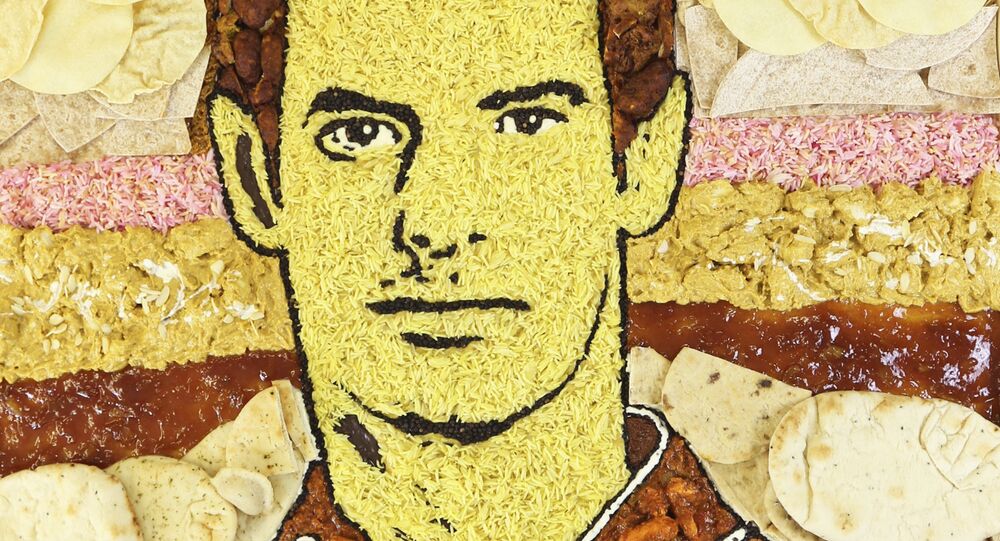 The Wimbledon Championships, which began July 3, is nearing its end — the last match will be convened July 16.

When the tournament concludes, some top tennis pros may well take the opportunity to tuck into a hearty feast, after months of strict dieting and exercising.

Perhaps, if they're comfortable with piling on a few carbs, they might tuck in to one of a trio of lip-smacking portraits of the world's favorite tennis stars, inspired by classic takeaway guilty pleasures — or even all three — and wash it down with a tall glass of "deuce."

Each culinary piece has been crafted in collaboration with food art guru Prudence Staite. Alice Mrongovious, CEO of the online food ordering platform hungryhouse, said: "As the competition hots up, we are celebrating the top tennis players at Wimbledon this year, with a series of fantastic foodie artwork that look good enough to eat."

In all, it took 18 hours to create all three, with each piece being comprised of 17 different types of comestible.

"I have created a lot of food art over the years, but I've never taken up a takeaway challenge like this before. After a grueling two weeks on the tennis courts at SW19, these sporting stars certainly deserve a tasty treat," Staite said.

The beautiful (and delicious) cupcake portrait of the Queen, made by @DrOetkerBakes and @foodisart! pic.twitter.com/evVwVPNPHv

Other famous faces previously transformed into delicious dishes by Staite include a popcorn Denzel Washington, a cupcake Queen Elizabeth, and a life-size replica of Dita Von Teese, made entirely from cheese.