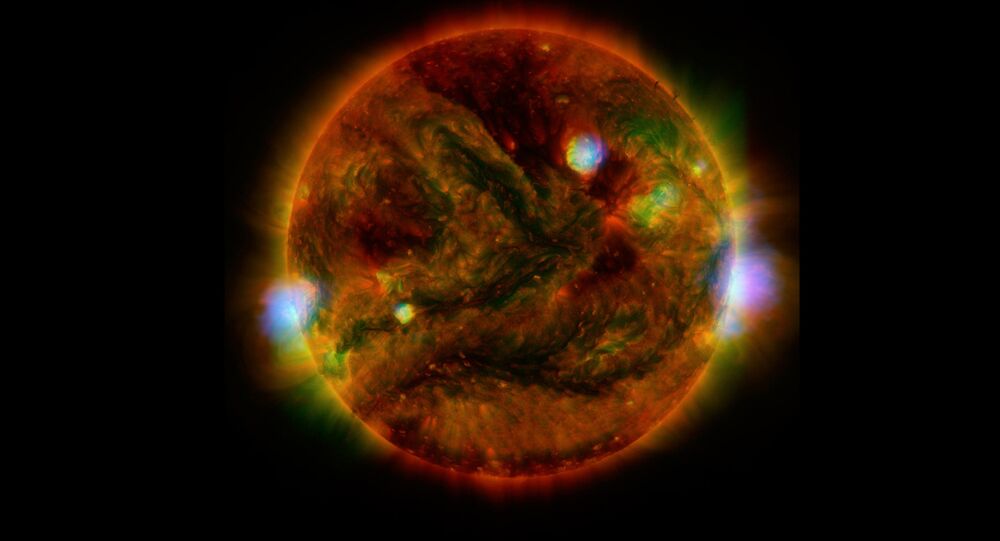 A solar storm will send extraordinary displays of colorful lights through the skies of northern countries, but may interfere with electrical equipment and power supplies.

Solar storms, also called geomagnetic storms, occur when plasma, the superheated matter that makes up the sun, is blown outward from our star to create a stream of supercharged particles, sometimes referred to as the solar wind. If the supercharged particles are pulled into Earth’s magnetic field, the atoms react, causing a solar storm. This can cause interference in devices powered with electricity, and also create awe-inspiring atmospheric displays known as aurorae.

Aurorae are most frequently seen at Earth’s magnetic poles, the Arctic and Antarctica, but a solar storm can greatly extend their reach. Space-weather forecasters say that Michigan, Maine, Alaska, Canada, Scandinavia, Scotland, and Northern England all stand a good chance of seeing aurorae in the night sky over the next two days.

While this display is unlikely to cause anything worse than “minor fluctuations” in power, experts warn that solar storms are not always harmless. In an October 2016 executive order, US President Barack Obama said that “extreme space weather events… could disable large portions of the electrical power grid, resulting in cascading failures that would affect key services such as water supply, healthcare, and transportation.” The order called for more “timely and accurate operational space weather forecasts” as well as “protection and restoration of the reliability of the electrical power grid” in the case of outages caused by geomagnetic disturbances.

© CC BY 2.0 / International Campaign to Abolish Nuclear Weapons
The Solar Storm That Nearly Sparked Nuclear War Between US and Soviet Union

The most recent solar storm of note occurred in October 2003, damaging several satellites and shutting down the Federal Aviation Administration GPS augmenter for thirty hours.

The largest solar storm on record is the 1859 Carrington Event, which shut down telegraph machines on two continents and caused breathtaking aurorae to appear in Africa, Australia, Latin America, and the United States. Humanity’s reliance on increasingly intricate technology has made solar storms a considerably larger threat. Scientific journal Atmospheric Environmental estimated in 2013 that a solar storm of the magnitude of the Carrington Event today could cause as much as 2.6 trillion dollars of damage to the US alone.

Pete Riley, a senior researcher with Predictive Science, estimated a 12 percent chance of Earth being hit with a solar storm of a similar magnitude as the Carrington Event by the year 2020. If his prediction is correct, Obama’s preparations may not come soon enough.