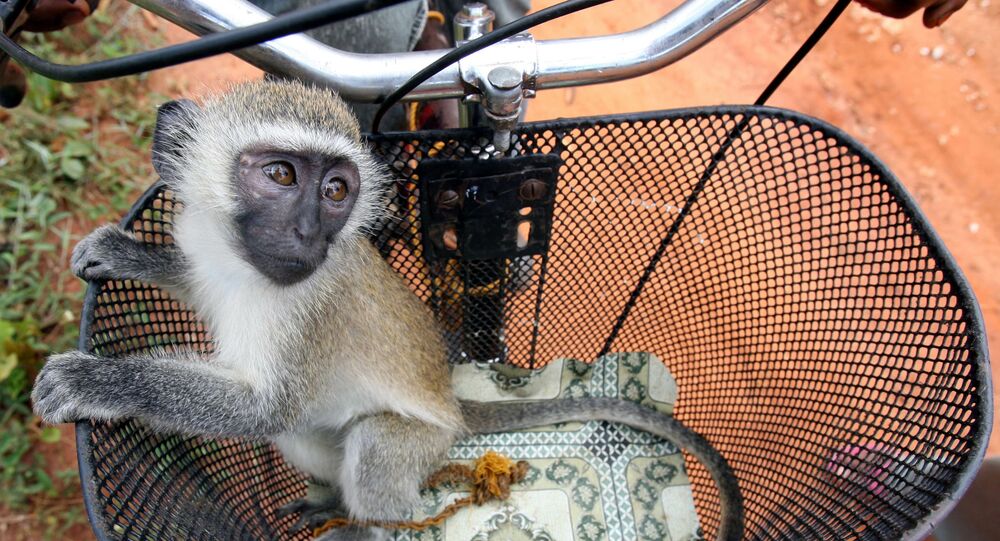 The research team believes that their 'neuromodulation' technique could, after further study and development, be used to treat brain disorders and drug addiction in humans.

A group of scientists from the University of Utah and Stanford University succeeded in controlling the choice behaviours of two monkeys by targeting specific parts of their brains with ultrasound waves, according to a research paper published on Wednesday by the journal Science Advances.

The team delivered inaudible, high frequency sound waves to the brains of the two animals by means of a non-invasive instrument similar to an ultrasound wand used in medical scans.

The researchers placed the two monkeys in front of a screen displaying a target in the center, along with other targets popping up in quick succession on both the left and right sides. It was notable that the macaques were most likely to keep looking at the initial item.

The monkeys’ choice behaviour soon changed after the scientists remotely targeted an area of the frontal cortex of their brains, an area responsible for eye movement, with low-intensity ultrasonic waves. The waves were said to have activated certain neurons, enabling the research team to make the animal look either left or right.

By zapping the motor cortex, which is not involved in perceptual choice behaviour, the team noticed there were no effects on the monkeys’ choice.

“The effects of ultrasonic neuromodulation on behaviour are likely to be maximized when a subject is making a decision,” the researchers wrote.

The researchers suggest there may be “tantalizing opportunities” of applying this technique to change human behaviour after pinpointing circuits involved in different brain disorders, such as those driving a person’s craving for an addictive drug.

“This result takes us a step closer to being able to modulate, non-invasively and reversibly, neuronal activity in specific brain circuits. This could open the way to future systematic studies of brain function in humans and to targeted personalized treatments of brain disorders,” the research team wrote. “The ability to influence choice behavior non-invasively without using drugs could provide new ways to diagnose and treat disorders of choice”.

What distinguishes this approach is that it is not invasive, unlike other existing neuromodulation techniques, as it targets only certain parts of the brain, suggested the lead author of the paper, Jan Kubanek, an assistant professor in biomedical engineering at the University of Utah.

“Brain disorders should be treated in targeted and personalized ways, instead of offering patients cocktails of drugs. But to do that, we need a tool that provides noninvasive, precise, and personalized treatments, to address the source of the problem in each individual,” Kubanek said, cited by Newsweek. “This up until now has only been a dream”.

Planet of the Apes Spring Break: Monkeys Beat the Heat With a Splash in Deserted Indian Pool - Video