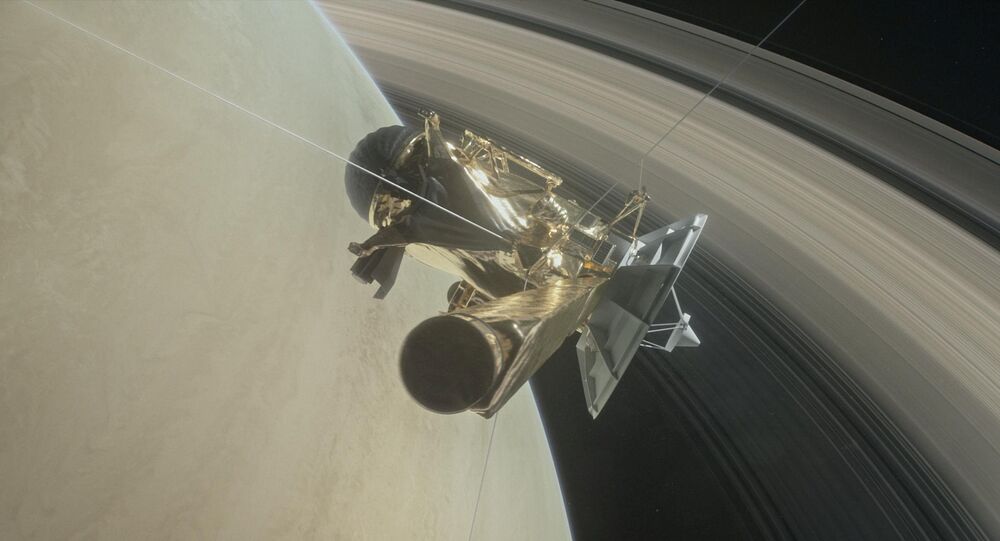 Astonishing Mystery Revealed by the Cassini Mission to Saturn

For decades the planet Saturn defied attempts to pin down its exact rotation period, until a joint endeavour, launched by NASA, the European Space Agency and the Italian space agency ASI saw the Cassini mission set out to study Saturn and its complex system of rings and moons.

While astronomers have been studying gas giant Saturn and its complex system of rings and moons for decades, they have been unable to pin down its exact rotation period.

The study, co-authored by Duane Pontius of Birmingham-Southern College in Alabama, is titled “Saturn’s multiple, variable periodicities: A dual-flywheel model of thermosphere-ionosphere-magnetosphere coupling.”

The new research shows how seasonal changes on Saturn may be confusing attempts by scientists to calculate its exact rotation period.

What is a Planet’s Rotation Period?

One of the fundamental aspects of a planet's nature is its rotation period. To determine it, one needs to find a feature on the planet and clock it as it rotates around once. In the case of a gas giant without solid surface features, however, scientists can listen for periodic modulations in the intensity of radio signals created within the planet’s rotating magnetic field.

Saturn emits only low-frequency radio patterns that are blocked by Earth’s atmosphere, making it difficult to study its rotation from the Earth’s surface.

It wasn’t until spacecraft, Voyagers 1 and 2, were sent to Saturn in 1980-1981 that scientists were able to collect data about its rotation. They detected a modulation of radio intensity that suggested the planet rotated once every 10 hours and 40 minutes.
“So that was what was called the rotation period,” said astrophysicist Duane Pontius.

© AP Photo / HO
This is a handout photo from the Jet Propulsion Lab in Passadena, Calif., showing the Voyager 2 spacecraft. On right side of the craft is girder-like boom which holds science project equipment and imaging camera. The platform at far end of the boom apparently got stuck-perhaps caused by a collision with particles from Saturn's rings, limitting movement of some of the equipmen, according to JPL scientists. (AP-Photo/HO) 26.8.1981

That was the best measurement available at the time, and it was reported as fact for two decades.

Subsequently, the Cassini mission was launched in 2004, comprising a NASA orbiter module and the European Space Agency's (ESA) Huygens lander: it revealed an astonishing mystery.

As the probe visited the moon Titan, the orbiter circled Saturn, gathering an enormous array of new data, it revealed a fascinating fact regarding Saturn’s rotation period.

“In about 2004 we saw the period had changed by 6 minutes, about 1 percent,” said Pontius.

“For a long time, I assumed there was something wrong with the data interpretation… It’s just not possible.”

To find out what was really going on, Pontius and his co-authors started by looking at how Saturn is different from its closest sibling, Jupiter.

“What does Saturn have that Jupiter lacks, beside the obvious rings?” Pontius asked. The answer was seasons.

Saturn’s axis is tilted about 27 degrees, similar to Earth’s 23-degree tilt. The tilt means the northern and southern hemispheres of Saturn receive different amounts of radiation from the Sun, depending on the season.

According to the model being proposed by Pontius and his colleagues, the variations in UV light from summer to winter in the different hemispheres affects the plasma. It, in turn, creates drag, more or less, at the altitudes where it encounters the planet’s gaseous atmosphere.

That difference in drag makes the atmosphere slow down, which is what sets the period seen in the radio signals.

If you change the plasma seasonally, you can change the period of the radio emissions – as evidenced by Saturn.

The team of scientists presented their research earlier this year at a meeting of Saturn scientists. Now they hope other researchers will take the next step to refine the model by exploring how well it fits with 13 years of Saturn data collected by Cassini.