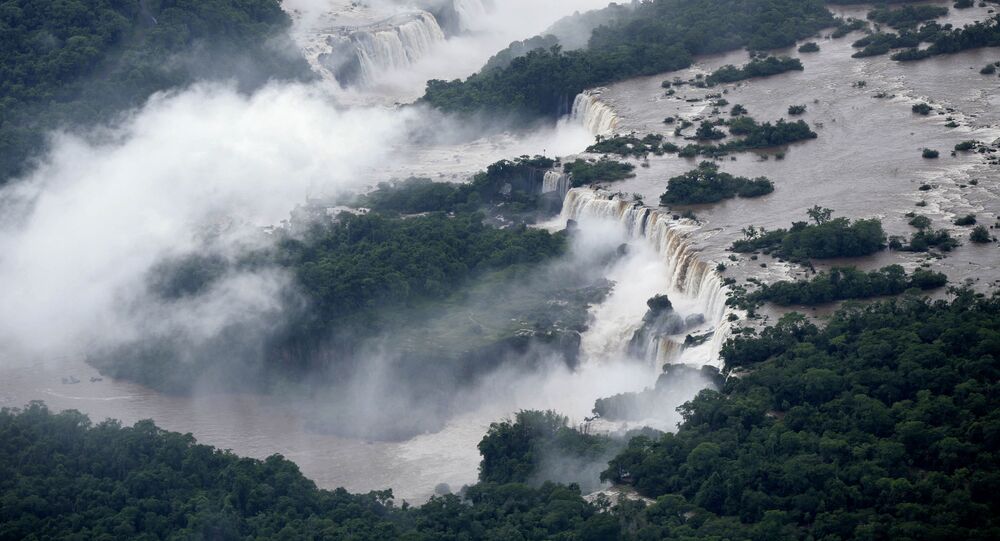 While some look up to the sky waiting for new life forms to reveal themselves, scientists keep searching for new species here on Earth, as we happen to be unaware of nearly 90% creatures we share our planet with.

The closing decade has been marked with some surprising discoveries of new life forms out of the 8.7 million species that we share Earth with. Although the majority of species (86% on Earth and 91% in the oceans) remain unidentified, according to 2011 estimates, researchers have gone to the most distant corners of the world to make this list a little bit shorter.

A tiny 5-centimetre-long fish discovered recently in Africa shares its name with the fictional country from Marvel's recent hit Black Panther. Its gleaming purple scales inspired researchers to give the little creature the name "Cirrhilabrus wakanda" as it is reminiscent of the superhero’s suit. Its common name also has a reference to the Marvel story as the fish is called "vibranium fairy wrasse."

Another little buddy which became a sensation is a tiny frog from the rainforests of southern Papua New Guinea. The creature, discovered in 2012, is 7.7 millimetres long, which makes it the world’s smallest vertebrate.

“I think it's amazing that they're continuing to find smaller and smaller frogs. They're adapting to fill a niche that nothing else is filling," amphibian expert Robin Moore told National Geographic.

© Photo : Cupressus sempervirens
Aragog in the Flesh! New Spider Species Named After 'Harry Potter' Creature
The Amazon rainforest endangered by wildfires has turned out to be swarming with yet unidentified life forms. Business Insider reports that a batch of 381 new species has been discovered there. The list includes a fire-tailed titi monkey and a honeycomb-patterned stingray.

Like Isaac Newton several centuries ago, a park ranger in the Solomon Islands had a discovery fall onto him from a tree. In 2017, a Vangunu giant rat scurried out of a logged tree right in front of him. As mammologists later confirmed, this was a new species.

"It's the first rat discovered in 80 years from Solomons, and it's not like people haven't been trying — it was just so hard to find," said mammologist Tyrone Lavery, who made the discovery with DNA analysis.

The sad irony is that logging, which helped lead to the discovery of the rat, is also considered to be a grave danger to the whole species. Notably, the creature which fell from the tree and thereby got its species recorded in the history books died soon afterwards.

The Sumatra endemic Tapanuli orangutan, which was also discovered in 2017, faces the same problem as the red rat from the Solomons. Although it was discovered only two years ago and became the seventh known great ape species, it is considered endangered as there are said to be only 800 animals left due to habitat loss and hunting.

"Great apes are among the best-studied species in the world. If after 200 years of serious biological research, we can still find new species in this group, what does it tell us about all the other stuff that we are overlooking?" conservation scientist Erik Meijaard said.