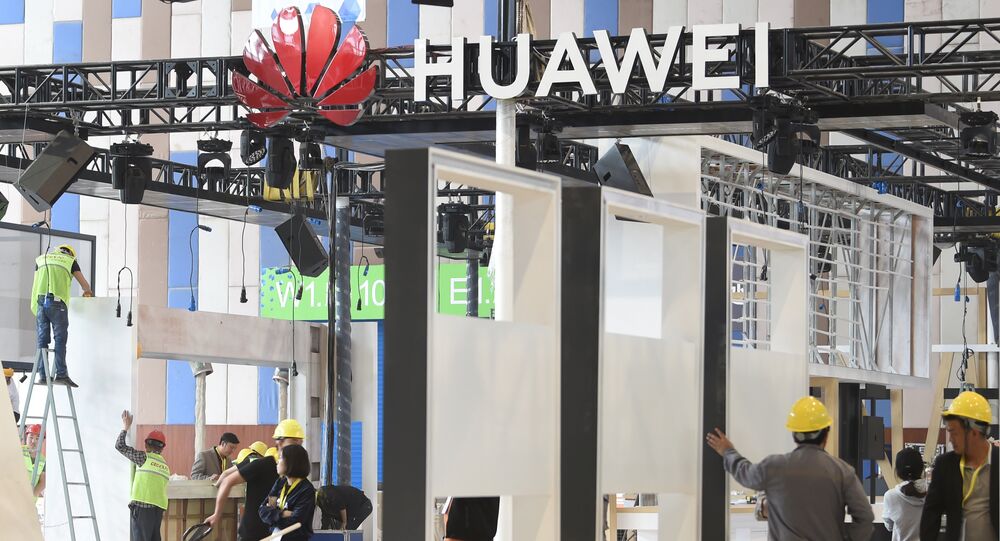 Chinese tech giant Huawei, one of the world's leading electronics manufacturers, intends to revise its plans for the development and production of laptops.

According to CNBC, a US television network, Richard Yu, CEO of Huawei’s Consumer division, said that the company had planned to launch a new product in its Matebook series without giving a date, but it had been put on hold.

He said that the US blacklisting had prompted the decision.

© REUTERS / Jason Lee
Expert on Huawei: US Hopes to Maintain Its Monopoly in IT Field, but This Attitude Is Absolutely Short-Sighted
He stressed that as long as Huawei remains on the US Entity List, the company would not be able to launch new laptops.

The US Department of Commerce blacklisted Huawei Technologies and around 70 of its affiliates in May, banning them from buying equipment from US parties without a government go-ahead. US companies must now seek permission to trade with Huawei.

Several countries have also accused Huawei of being sponsored by the Chinese state and spying on its behalf using its devices. Last year, Australia, Japan and New Zealand also banned the company from participating in government contracts due to security concerns.

In turn, Huawei has filed a motion for summary judgement in its lawsuit against the US government asking that it declare the 2019 National Defence Authorisation Act (NDAA) unconstitutional.

US Ban on Huawei Could Impact 5G Roll-Out Worldwide – Report