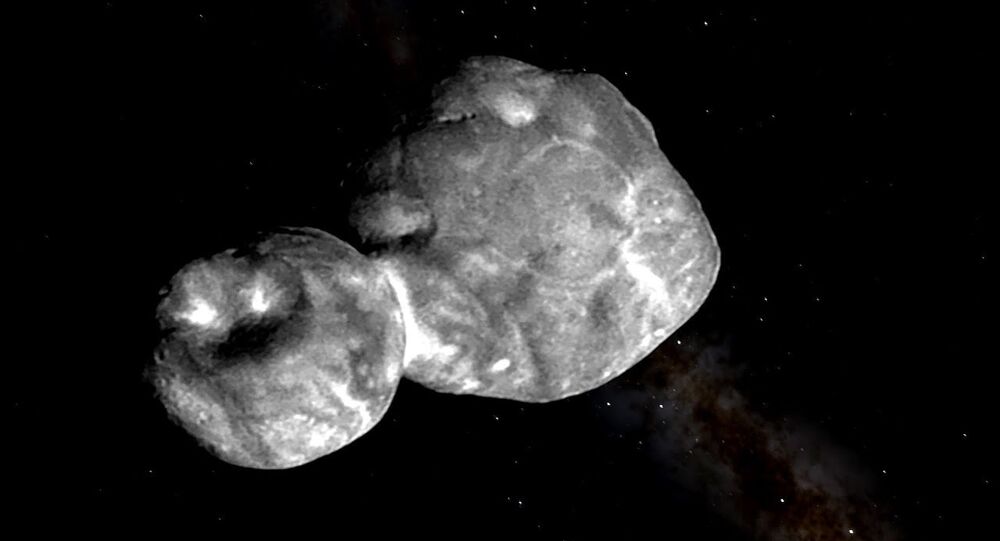 Odd formations and shapes have been revealed in a set of newly-released images following the speedy flyby of a remote asteroid by a NASA spacecraft, raising new questions for planetary astronomers.

NASA's New Horizons spacecraft, launched January 19, 2006, zipped past the oddly-shaped rocky dumbell on January 1 at a distance of about 2200 miles on its closest approach, at a speed of over 36,000 mph.

High-resolution imagery of the flyby will continue to be downloaded from the rapidly-receding spacecraft across an ever-increasing distance until late 2020, according to Space.com.

"Whether these features [on the rocky surface] are craters produced by impactors, sublimation pits, collapse pits or something entirely different is being debated in our science team," stated John Spencer, a New Horizons deputy project scientist with the Southwest Research Institute (SwRI) in Boulder, Colorado, cited by Space.com.

New images of Ultima Thule are resolved at just 110 feet per pixel, according to reports, the highest-resolution pictures of the strange heavenly body yet received from New Horizons as it hurtles toward deep space.

"Getting these images required us to know precisely where both tiny Ultima and New Horizons were — moment by moment — as they passed one another at over 32,000 mph in the dim light of the Kuiper Belt, a billion miles beyond Pluto", noted Spencer.

"This was a much tougher observation than anything we had attempted in our 2015 Pluto flyby," remarked New Horizons principal investigator Alan Stern, also with SwRI, cited by Space.com.

"The science, operations and navigation teams nailed it, and the result is a field day for our science team! Some of the details we now see on Ultima Thule's surface are unlike any object ever explored before," according to the SwRI statement.