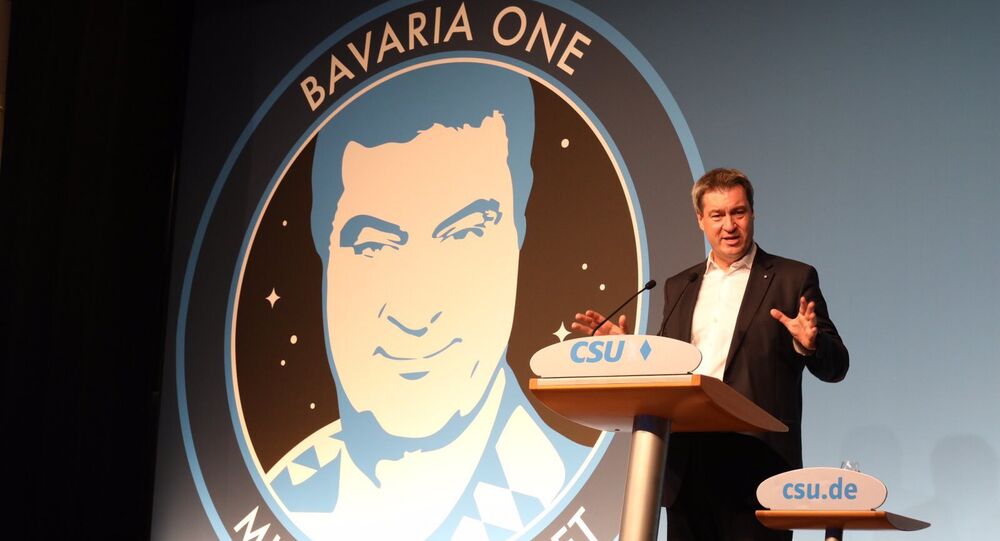 Recently announced "Bavaria One: Mission Future" prioritizes the most rapidly evolving segments like AI in space, Hyperloop and space travel, thereby echoing the program of the federal German Aerospace Center (DLR), also known to be operating in the Bavarian capital Munich.

Bavarian Minister Markus Soder came under intense ridicule on social media after he publicly presented his plans for a space program that the southeastern German state is poised to embark on.

"Bavaria is the market leader," he asserted, talking to his party (Christian Social Union) members. "We are investing in digitalization, robotics, artificial intelligence, Hyperloop, and space travel," he summed up.

The pompous rhetoric, coupled with the surrounding, was perceived as overbearing pride, with users eagerly engaging in derision. Some even recalled a children’s fairytale with a similar name, billing the mission “Little Soder’s Journey to the Moon.”

Some users even viewed the news as a competition in “silliness” between the German top official and President Trump.

Compared to Markus Soeder's Bavaria One posturing (is he promising to put his face on the moon or something?), Trump's Space Force starts to look less silly. (Note: it's still silly.)https://t.co/N2pYgkLo2V

The “Bavaria One” project became well portrayed in a number of memes, including one showing a mission spacecraft as a gigantic locally produced sausage:

One Twitterian certainly picked up on Soder’s artful en face image on the mission’s emblem, referring to it as “an imitation Starbucks logo.”  “Next he will dance in to "Space Oddity" à la Theresa May,” the user concluded.

Another reference to the music world has to do with the American rock band Monster Magnet and their “Space Lord,” as one Twitterian similarly referred to Mr. Soder and even adduced a special hashtag, #SpaceLordMarkusSöder.  “Delusions of grandeur,” another Twitter user chimed in.

Images showing Soder himself in space, most naturally, started flowing in, with one man saying it looks like a multi-episode series or blockbuster movie. “Episode 1 deals with learning how to drink beer in a zero gravity environment,” he described.

Bavaria One — Bavarians in Space. The new show coming to BR.
Episode 1 deals with learning how to drink beer in a zero gravity environment #BavariaOne #csu #Söder pic.twitter.com/n4GOEn5ItC

According to a press release, Bavaria One is a 700-million euro project that is expected to encompass a 400-meter long track for testing a prototype of the Hyperloop transport system and digital start-up incubators. It is not immediately clear if the new space exploration mission will be completed in collaboration with the German Aerospace Center (DLR), which is known to be conducting similar projects near Munich.