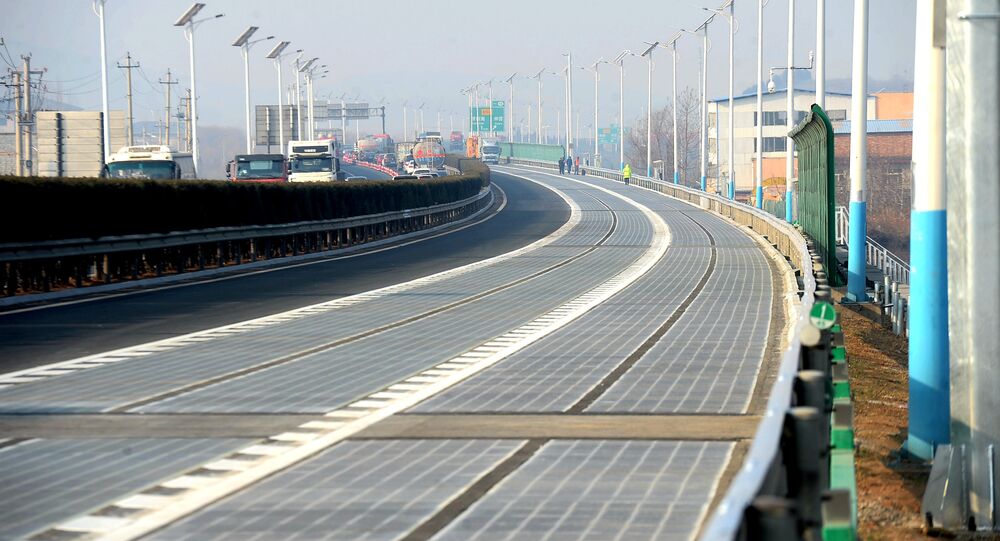 The 1-kilometer (0.62-mile) segment of solar-powered highway covers a surface area of 5,875 square meters (about 63,238 square feet), with three layers including translucent concrete on the top, photovoltaic panels in the middle, and insulation on the bottom, the broadcaster specified.

A mini-bus traveled at the speed of 100 kilometers (62 miles) per hour over the tested road, with the driver praising the braking distance of the new surface as almost identical to that of a traditional asphalt surface, according to the CCTV report.

The photovoltaic panel underneath the surface is capable of generating electricity and has the potential to charge pure electric vehicles (EVs) during transit in the future, when compatible charging technology is developed, Zhang Hongchao, a project designer and transportation engineering expert at China’s Tongji University, told the broadcaster.

The tested segment of highway has a peak power generating capacity of 817.2 kilowatts and is expected to generate 1 million kilowatt hours of electricity each year. The electricity generated will be connected to China’s national power grid.

France introduced the world’s first photovoltaic road fitted with solar panels in late 2016. CCTV stressed that the power-generating road tested on Thursday was developed based solely on home-grown technology.