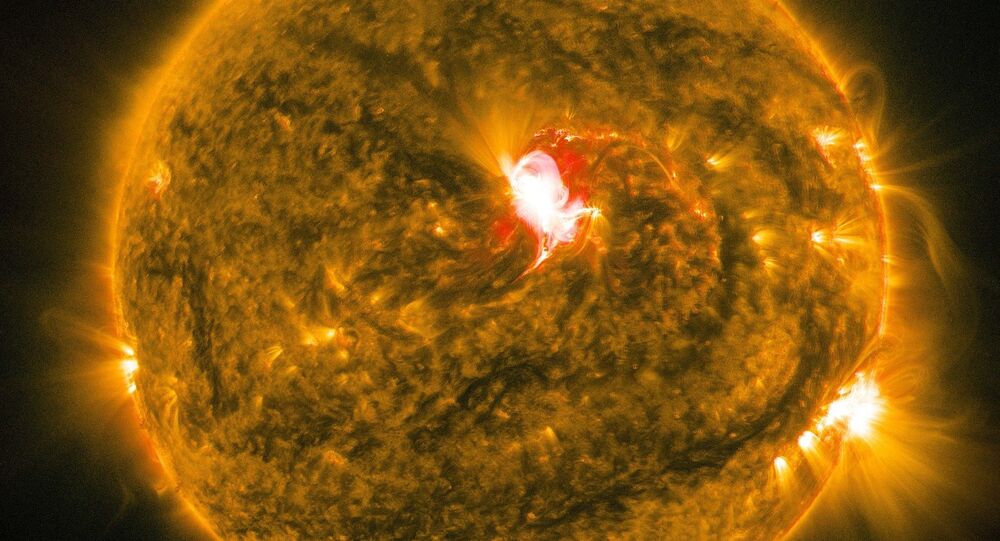 As the solar power industry is gaining in importance, Russian scientists have taken a step closer to manufacturing an inexpensive next-generation material capable of turning solar energy into electricity.

Scientists from the National Research Nuclear University MEPhI (NRNU MEPhI) have developed a process for making quantum dot (QD) solids, a next-generation material consisting of quantum dots or semiconductor crystals with a diameter of mere nanometers. The results of the research, published in the Journal of Physical Chemistry Letters, will make it possible to develop inexpensive photovoltaic cells that absorb sunlight within a broad spectrum.

Humankind is hard pressed for alternative energy sources against the backdrop of shrinking traditional fuel reserves. The solar power industry has a major role to play in this regard. Current photovoltaic cells that convert solar energy into electricity feature silicon-based inorganic semiconducting materials, but have some major drawbacks.

© NASA . NASA/GSFC/SDO
WATCH: Solar Enigma: Sun Displays Record High Activity When It Should Be at Its Lowest
First, a silicon-based photovoltaic cell’s efficiency is only about 20 percent because it is unable to process the entire light spectrum and some infrared radiation passes "unnoticed."

MEPhI
Diagram showing an image of a quantum dot solid condensate and the process of transferring the charge between adjacent nano-crystals
The semiconductor nanocrystals (quantum dot solids) inside a nano-hybrid material, developed by NRNU MEPhI researchers, are covered with surface ligands (spirals on Figure 1) which are organic molecules that prevent quantum dots from adhering to each other. The dots, therefore, retain their "individual specificity" and form a continuous medium which allows for electric conductivity. At the same time, conductivity takes a quantum leap. This process resembles the process in organic semiconductors where electrons leap between organic molecules, rather than between quantum dots.
© CC0
Solar Flares Are Small Potatoes: What if the Sun Touched the Earth? (VIDEO)
One of the article’s authors, Vladimir Nikitenko, a professor with MEPhI’s faculty of condensed media physics, said that the transfer of the electric charge and energy inside quantum dot solid condensates could be described by the relatively simple formalism of the multiple-capture model. This makes it much easier to create theoretical models of the transport systems needed to streamline the specifications of optical-electronic systems that are based on quantum dot solid condensates.

This process is based on the following innovative principle: by changing the size of quantum dot solids, it becomes possible to easily control the properties of photovoltaic cells, for example, expand the absorption spectrum. Quantum dot solid condensates are manufactured with simple, inexpensive methods. But it is important to meticulously choose specific manufacturing conditions, as well as the type of organic molecules "binding" quantum dot solids together. MEPhI researchers have mastered a process for replacing surface ligands at room temperature, which makes it possible to change the distance between quantum dot solids and control the efficiency of electric energy and electric charge transfers.

Another author, Alexander Chistyakov, a professor with MEPhI’s faculty of micro- and nano-system physics, notes that nano-hybrid materials with quantum dot solids can be used to create photovoltaic elements or light-emitting diodes (LEDs), as well as more complicated semiconductor structures, including those that can be used for developing next-generation high-sensitivity sensors.

Battle for the Sun: US Energy Companies Forcing Out Solar Competition