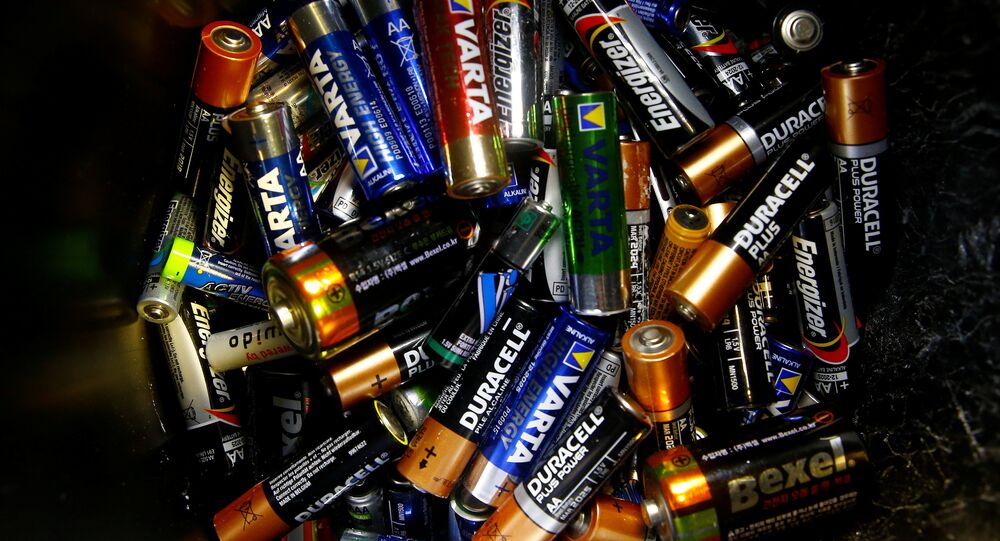 Researchers at the University of Maryland and the US Army Research Laboratory have invented a lithium-ion battery that uses a water-salt solution as the electrolyte medium and, for the first time, reaches 4 volts, the required voltage to power common household electronics like laptops.

The new batteries can generate a charge without the risk of an explosion.

Researchers have been working on developing aqueous batteries because they don't catch on fire or release poisonous chemicals into the environment, like today's batteries do. Scientists have previously struggled with inventing safe aqueous batteries that are also powerful.

Previous batteries developed to attempt to address the issue, like nickel/metal hydride batteries, were either unsafe or not powerful enough. The same team of scientists in 2015 developed a similar aqueous battery, but it could only reach 3 volts and its metal parts were degraded by the aqueous solution. This is the first time that scientists have been able to develop aqueous batteries that can reach 4 volts.

In traditional organic electrolyte batteries, a chemical reaction causes a buildup of electrons at the anode (negative side). The electrical difference between the cathode (positive side) and anode of the battery causes the transfer of electrons required to power the battery.

The researchers' breakthrough will be published in the scientific journal Joule on September 6.

"In the past, if you wanted high energy, you would choose a non-aqueous lithium-ion battery, but you would have to compromise on safety. If you preferred safety, you could use an aqueous battery such as nickel/metal hydride, but you would have to settle for lower energy," co-senior author Kang Xu, who works at the US Army Research Laboratory and is an electrochemistry and materials science specialist, told UPI.

"This is the first time that we are able to stabilize really reactive anodes like graphite and lithium in aqueous media," Xu said, according to phys.org.

"This opens a broad window into many different topics in electrochemistry, including sodium-ion batteries, lithium-sulfur batteries, multiple ion chemistries involving zinc and magnesium, or even electroplating and electrochemical synthesis; we just have not fully explored them yet," the electrochemist added

In older batteries with aqueous electrolytes, the salt solution damaged the graphite or lithium metal cathodes.

Researchers addressed the problem by applying a gel polymer electrolyte coating to the cathode. When the battery is first charged, the gel breaks down, creating a protective layer that prevents the water solution from degrading the ions.

"The key innovation here is making the right gel that can block water contact with the anode so that the water doesn't decompose and can also form the right interphase to support high battery performance," Maryland engineer Chunsheng Wang told UPI.

The new features of the battery make it suitable for commercial application. However, there is still room for improvement: the researchers trying to figure out how to make the batteries more cost effective and increase the number of full-time performance cycles the batteries can complete.

"Right now, we are talking about 50 to 100 cycles, but to compare with organic electrolyte batteries, we want to get to 500 or more," Wang said.