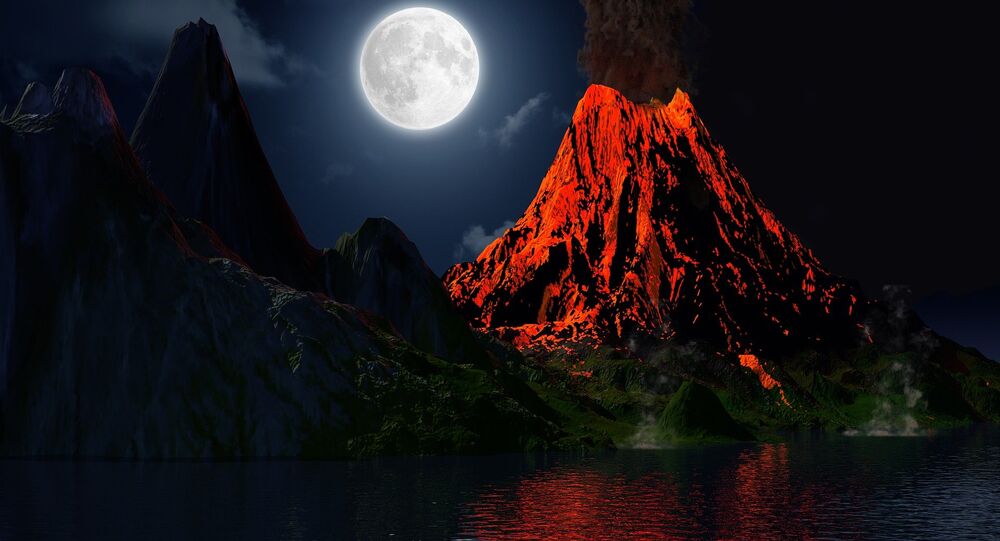 Scientists at Stanford University in California say they have found lithium – which can be used for batteries – in supervolcanoes. The lead author of the report, Tom Benson, said the discovery could be great news for "clean, green energy."

"Lithium-ion batteries are used in cellphones, in tablets and increasingly in hybrid and electric vehicles. Tesla is one of the most popular companies but Volvo recently announced that within the decade it wants to electrify its entire fleet," Mr. Benson told Sputnik.

Supervolcanoes can host large deposits of lithium, which can decrease our carbon footprint. https://t.co/xjQPNUJFS3 pic.twitter.com/JGtkg1uE4b

​The demand for lithium is exponentially rising and it's classified as an energy-critical element, according to Benson. He said most of the raw material used to make the lithium-ion batteries currently comes from mines in Australia and Chile. Lithium has also been discovered in Bolivia and Russia has expressed an interest in exploiting it.

"We have about 45 megatons of lithium in geological reserves but the demand for 2050, due to the electrification of the automobile industry, takes up 80 percent of that," Mr. Benson told Sputnik.

Scientists and industrialists are scouring the globe searching for new sources of lithium. Last month large deposits were found in the Czech Republic.

Supervolcanoes can produce massive eruptions of hundreds to thousands of cubic kilometers of magma — 10,000 times more than a normal volcano. They produce vast quantities of volcanic ash and pumice which is spread over wide areas.

The former supervolcano leaves a tell-tale crater, known as a caldera. One of the best examples is Crater Lake in Oregon.

But what was not known until now is that these calderas are also home to vast quantities of lithium. While researching his PhD on the Yellowstone "hotspot", Mr. Benson mapped the entire geological area and realized there were large amounts of lithium in the McDermitt volcanic field, on the border of Nevada and Oregon.

He said the McDermitt field was on the surface and was what was known as clay-hosted lithium and was similar to deposits found in Serbia and Mexico.

Since its discovery in the 1800s, lithium has been used in a variety of fields, including psychiatric treatments, light bulbs and nuclear weapons.

But in recent years the biggest demand has come from the cellphone and electric car industry. In 2015 Tesla CEO Elon Musk even suggested lithium-ion batteries could soon power homes. Tesla is currently building a giga-factory in the Nevada desert to produce lithium-ion batteries.

Mr. Benson explained how his technique would help find lithium easier and could create a "gold rush" for lithium.

"Magmas that are depleted in zirconium seem to be very enriched in lithium. We can in future use zirconium content to search for lithium. So we can use that as a first exploratory tool when we are looking around the western United States and in other continental settings to try to find other calderas, hosting lithium, occur," he told Sputnik.