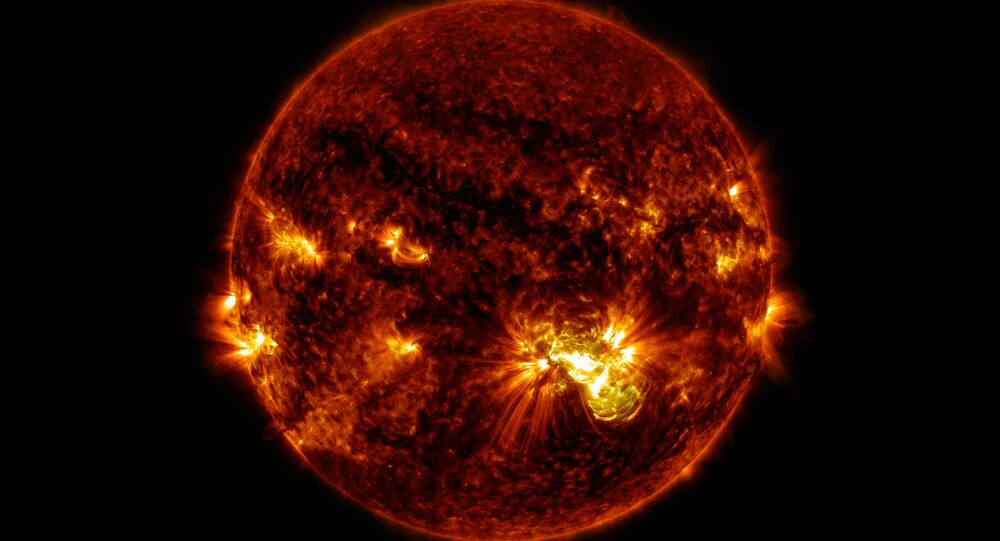 NASA has outlined a plan to launch a probe, the Parker Solar Probe, closer to the sun than any other man-made object in human history has ever gone. Sputnik spoke to a pioneering physicist at the University of Chicago, Eugene Parker in an interview about this ambitious project.

© Photo : Hinode JAXA/NASA/PPARC
Good Morning, Sun! NASA to Send Probe to Study Solar Atmosphere
According to NASA “The spacecraft will explore the sun's outer atmosphere and make critical observations that will answer decades-old questions about the physics of how stars work,” the statement read. “The resulting data will improve forecasts of major space weather events that impact life on Earth, as well as satellites and astronauts in space."

Sputnik spoke with Eugene Parker, S. Chandrasekhar Distinguished Service Professor Emeritus, Department of Astronomy and Astrophysics at the University of Chicago about the mission.

“The reason the Solar Probe is to be launched next year is simply the unfolding of history.  The idea of going close to the Sun with a special heat resistant spacecraft originated 30 years ago or more. The mission would require much expensive development and it would come swooping in around the Sun at close range for only a few hours,” Parker said.

He further said that because the corona (the bubble of plasma that surrounds the sun,) is highly changeable and it would be difficult to know the conditions at that moment a new mission design was developed in which the spacecraft works its way in slowly to an orbit round the Sun at about 9 solar radii.

He added that the construction of the spacecraft was finally finished this year so launch is scheduled about a year from now.

Talking about how much time will the spacecraft take before approaching the sun, the professor said, “It is planned to work the Solar Probe gradually into a position at nine solar radii through a sequence of gravitational assists by Venus, taking five or six years, where the spacecraft will reside, hopefully, for a couple years of more.”

© AP Photo / Reed Saxon
Wrath of the Sun: Astronomers Solve Mystery of ‘Stealth’ Solar Eruptions
According to Parker a thick carbon-composite shield is expected to shield the instruments inside the spacecraft from the sunlight, which will be 570 times more intense than sunlight here on Earth.

Looking at the expectations from the mission, the professor said, “The expectation is that the data from the spacecraft will enable us to predict the agitation (space weather) in the solar wind a day or two later when the same region of wind arrives to Earth. When there is a violent storm in the wind we sometimes shut off our terrestrial communication satellites to prevent damage.”

He added that they also hope to understand better how the magnetic agitation in the wind serves to maintain the million degrees, or so, temperature of the gas that makes up the wind.

NASA has named the first mission to fly a spacecraft directly into the sun's atmosphere in honor of Prof. Eugene Parker.

NASA hasn't put an object in orbit around the sun since the Kepler space observatory in 2009, which is kept away from the sun  to study exoplanets outside our solar system.