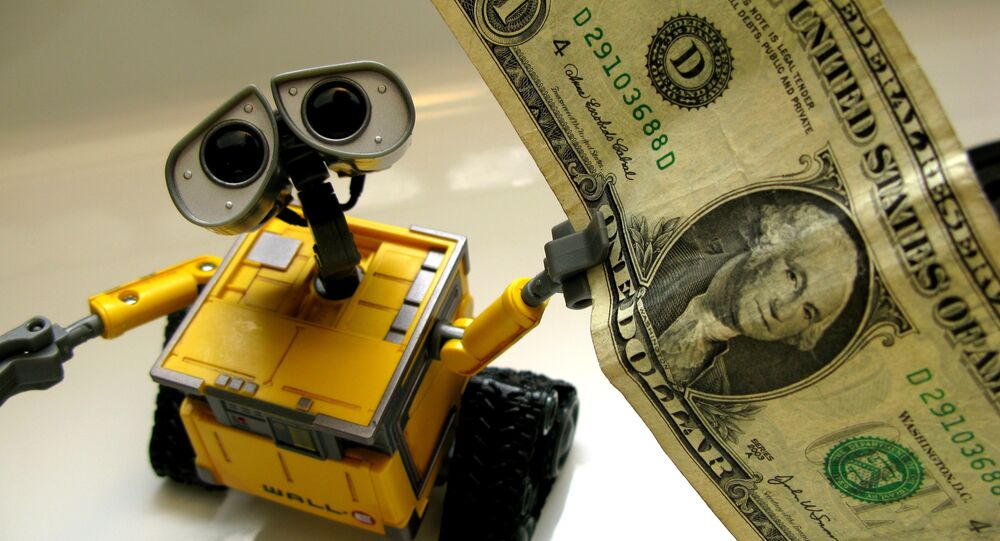 A robot tax was floated by French Socialist candidate Benoit Hamon in the first round of France's presidential elections. Bill Gates supports the idea and this week a politician in San Francisco launched a taskforce to explore how to go about taxing robots in Silicon Valley.

Jane Kim, who sits on San Francisco's Board of Supervisors, announced plans to set up a taskforce to look into the feasibility of introducing a "robot tax".

The idea was first mooted earlier this year by the Socialist candidate Benoit Hamon, who also suggested introducing a universal basic income.

Should SF consider robot tax? 38% of jobs could be automated next 15 yr. We need to explore ways to address job loss https://t.co/xXAnBj9DRH pic.twitter.com/So5YnSfym7

Hamon, who stood as the Socialist candidate after President Francois Hollande opted not to stand for re-election, claimed increasing automation meant millions of French people would be unemployed in the future, placing an impossible welfare burden on the state.

"When a worker is replaced by a machine, the wealth created benefits the shareholders. I propose, therefore, to tax this wealth by applying the social contributions on the whole of the added value and not just on the work," Hamon argued.

But it failed to help him and he trailed in a poor fifth in the first round of France's presidential elections.

Microsoft boss Bill Gates supports the idea and many futurologists believe it might be necessary as more and more industries become increasingly automated.

A 2016 Forrester report last year claimed 16% of US jobs would be replaced by robots by 2025 and even greater number of jobs would be lost in less developed country.

Forrester: #Marketing: #Robots, #AI Will Replace 7% Of US Jobs By 2025 https://t.co/zEQ3rJFc8f pic.twitter.com/v7RBmxBxzK

The report said the biggest changes would be in offices where administrative support tasks would be automated.

© Photo : Pixabay, Collage
Over 10Mln UK Workers Might Become Unemployed Due to Job Automation
But the company said it would create new jobs such as robot monitoring professionals, data scientists, automation specialists, and content curators, meaning there would only be a net loss of 7%.

Amazon recently claimed they had installed 45,000 robotic systems in their US factories, but also created 260,000 human jobs.

In recent years, increasing numbers of banks have made people redundant and introduced automated cashiers while supermarkets around the world have switched to self-service machines.

"I'm looking to address massive job displacement. A robot tax could be one vehicle to generate revenue," Jane Kim said.

Kim is meeting with labor unions, academics from UC Berkeley and tech experts.

"I'm trying to bring the best minds together," she added.

But Steve Cousins, CEO of robotics firm Savioke contributed an article to Techcrunch recently where he argued: "When Gates talks about a robot tax, in essence, he's talking about financially penalizing companies that deploy the latest automation technology — a sort of 'innovation tax' — which, to me, is a backward tax.

"Shouldn't our government support companies that embrace innovation in an effort to improve productivity and boost revenues? That's what will make the US economy strong and competitive on a global scale."

Is a robot tax really an innovation penalty?— Steve Cousins https://t.co/DO6aHXR8J9 via @techcrunch

Earlier this year comedian and author Dominic Frisby, who toured the UK with a show called "Let's Talk About Tax," told Sputnik's Double Down: "If you go back to the Industrial Revolution, the machines that were invented put loads of people out of work.

"They made agricultural workers to a large extent redundant… and so those jobs no longer existed. But the increased wealth that was achieved by that improved productivity made many new things possible and it made many new careers possible that didn't previously exist."

Double Down host Max Keiser said it would also be difficult to decide what was a robot for tax purposes and pointed out that algorithms were used to trade stocks and deciding social media content and bots were even used to write press releases.

Britain is in the middle of a General Election campaign but the issue of a "robot tax" has not raised its head.

Labour leader Jeremy Corbyn, a supporter of protecting workers and taxing corporations, may have looked at the barely 6% of votes Hamon garnered in the first round of the French elections and decided not to borrow anything from his manifesto.

Sputnik contacted the Labour Party and the Conservative Party about robot tax but neither have commented.

Do Robots Dream of Human Butlers?

Brexit Robots: Farmers to Use Machines to Make Up for Loss of EU Workers