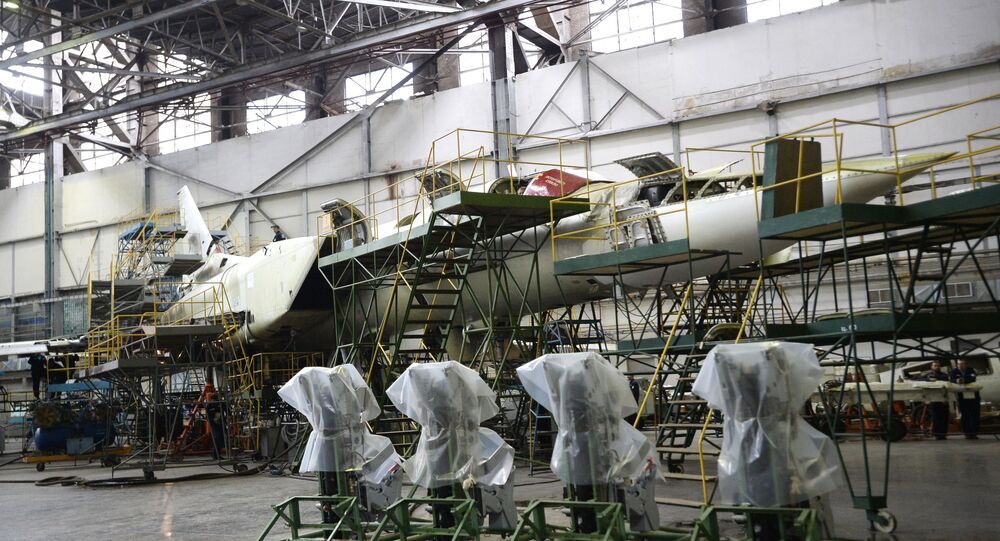 The global pandemic has affected businesses worldwide, forcing them to close or reduce their activities, but the company Orbital Insights claims the Russian defence industry hasn’t been spared either. The latter based its allegations on “anonymous cell data” obtained without clarifying how it got its hands on such information.

Several Russian defence industry factories have been slowing down recently amid the coronavirus pandemic, a report by geospatial analytics company Orbital Insights, cited by media outlet Defence One claims.

The reports names the Salut factory where parts for the Su-27 are built, Uralvagonzavod where parts for most of Russia's modern tanks are manufactured, and Hydromash which produces landing gear for modifications of the Su-30 and Su-34 jets. The report, however, claims that not all of the Russian defence industry has reduced its activities.

© Sputnik / Sergey Pivovarov
An Su-27 airplane during demonstration performances at the exhibition of weapons and military equipment in Rostov-on-Don.

Orbital Insights claims to have based its analysis on the "anonymous phone data" that the company acquired from several sources and compared the level of cell data activity in the designated areas before and during the pandemic. The company didn't clarify where and how it obtained the said cell data, which is normally stored in protected data servers under Russian law.

The Russian government has not commented on the report yet. Moscow previously gave no indication of its defence industry being affected by the coronavirus pandemic, although it did implement laws obliging companies to make employees work from home to prevent the spread of the disease.

The American defence industry has not been left untouched by the pandemic either. On 1 May, the Pentagon's top acquisition official, Ellen Lord, shared that some of the country's "adversaries" were allegedly seeking to acquire American defence contractors via "nefarious practices" because they faced financial issues due to the outbreak.

Lord noted that the Pentagon is working alongside Congress to come up with "statutory tools to intervene" in the acquisitions and mergers of American defence firms.

Putin Says Coronavirus Situation in Russia is Fully Under Control