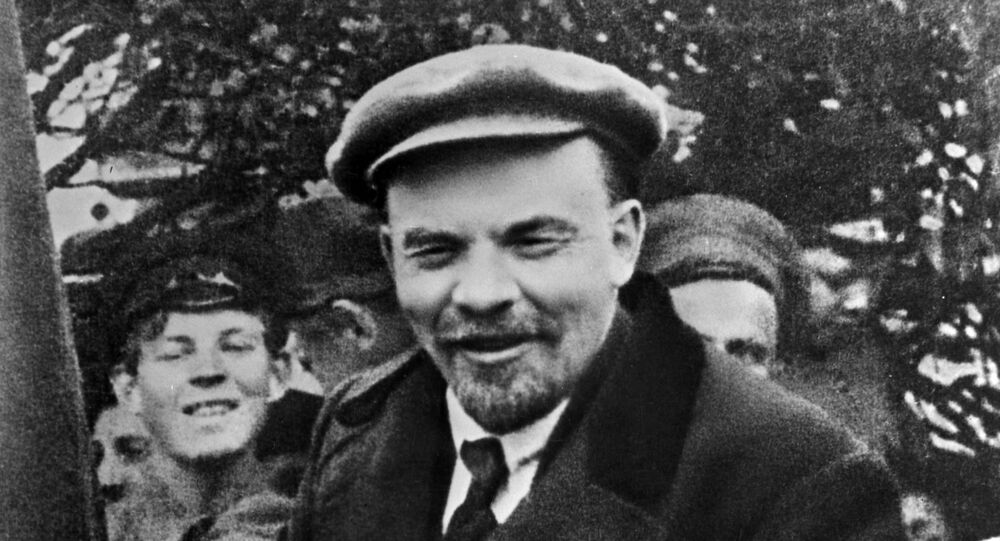 While Lenin still remains a highly controversial figure for many historians, almost all agree that he drastically changed Russia and influenced the rest of the world with his actions and philosophy.

The leader of the October Revolution in Russia, Vladimir Lenin was born exactly 150 years ago. Despite being one of the world's most well-known revolutionaries some facts about his life are still shrouded in mystery, while others are little known outside historical circles.

Here are the five most curious facts about the Russian revolutionary, some of which show him from unexpected angles:

No matter how ridiculous it sounds, the "father" of the Soviet revolution had little hope of seeing it in Russia during his lifetime. He shared a vision that only future generations would witness the socialist revolution just a month ahead of the February Revolution that resulted in the overthrow of the Russian monarchy. Lenin even saw the latter as a possible "conspiracy by Anglo-French imperialists".

Such an attitude, however, comes as no surprise because his previous attempt to foment a revolution in Russia around ten years prior had failed, apparently undermining his hope of ever achieving one.

He Was a Poor Landlord

When Lenin was only 19, he had to run his family's estate because of his father's premature death. But apparently, he didn't have the gift for being a landlord because his management bore little fruit. After several peasants managed to steal a horse and two cows from their landlord, Lenin abandoned the family estate, selling it and moving to another city with his family.

Lenin Married in A Church Despite Being Atheist

Despite being an avowed atheist since at least the age of 18 and being ideologically opposed to the church, Lenin officially married in one. In 1898 one of his numerous exiles for revolutionary activities threatened to separate him from his life partner, Nadezhda Krupskaya. She could only accompany him if their marriage was officially registered in the church.

Since the couple were categorically opposed to such a separation, both Lenin and Krupskaya decided to set aside their ideological opposition to marriage and agreed to "act out this comedy", as the revolutionary later described it. Their plan nearly didn't come to fruition because they could not find proper witnesses for the ceremony or even get wedding rings, but in the end they managed to recruit some local peasants and another resident made the pair rings out of copper coins.

Revolutionary activities made Lenin a prime target not only for the Tsarist police but also for the authorities under the provisional government, set up after the February Revolution. In order to avoid detection or arrest he had to use a number of aliases, nicknames, and false identities, but was not always successful.

© Sputnik / Lev Ivanov
Vladimir Lenin talks in his office in the Kremlin with the English writer Herbert George Wells on 5 October 1920.

According to estimates, he had some 150 aliases, including the surname Lenin. His real name was Vladimir Ulyanov. The origin of the alias "Lenin" remains a mystery to this day, though one theory suggests that it is a derivative of the name of the river located near his birthplace, the Lena. He also reportedly had a separate nickname used by his friends in the Communist Party - the "Old Man".

Oddly enough, Lenin's activities never resulted in his life being in danger before the October Revolution, but after the Soviets came to power he survived three assassination attempts in just two years. He was shot at on 1 January 1918 but survived the encounter unscathed because the shooter missed his target.

During the next attack later that same year he wasn't so fortunate. Socialist Revolutionary Party member Fanny Kaplan shot him three times as he was leaving a rally on 30 August.

© Sputnik /
How to Organize a Revolution, or Lenin's April Theses
The bullets hit the revolutionary in the hand and the neck, but despite the second wound potentially being quite serious, he quickly recovered and resumed his activities two months later.

Lenin dodged a bullet once again in September 1919 after a group of anarchists bombed a party building in Moscow, where Lenin was supposed to give a speech. Luckily for him, he was late for the gathering and the bomb detonated before he arrived.