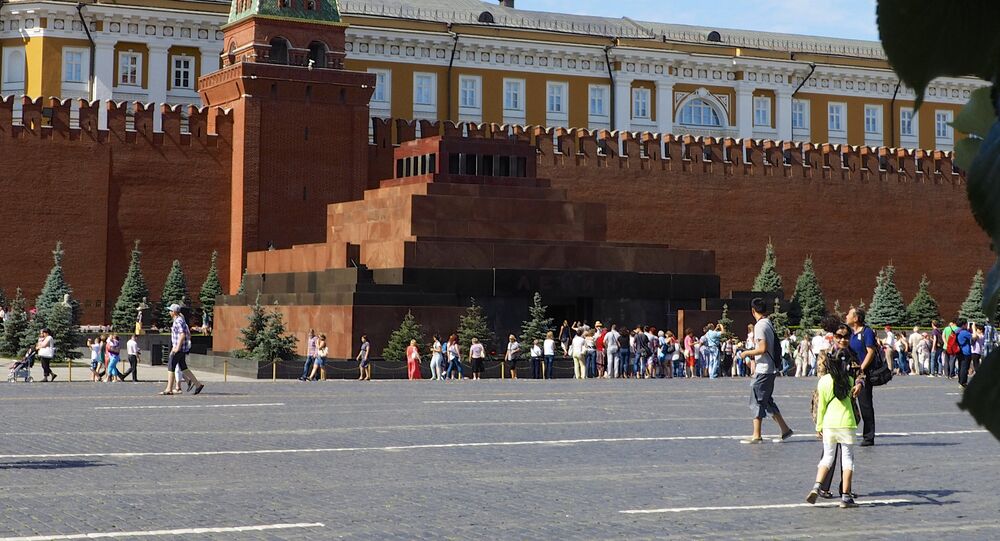 The ongoing 2018 FIFA World Cup sporting celebration has had some interesting knock-on effects, with foreign football fans splitting their time between watching their favorite sport and immersing themselves in the details of Russia's turbulent history.

Gorky film studio exec Andrei Apostolov has snapped a photo of what looks like hundreds if not thousands of people lining up to see the tomb of communist revolutionary leader Vladimir Lenin on Moscow's Red Square.

According to Apostolov, Red Square hasn't seen anything like it "for half a century," with curators at the neighboring Historical Museum (pictured right) confirming that it's been like this every day since the tournament began.

© Fotolia / vvoe
Red Square and Other Sights in Europe 'You Must See Before You Die'
Apostolov's post instantly prompted a debate on his Facebook page, as well as news portals covering the story, with users passionately continuing the broader debate on the status of Lenin and the mausoleum which began when the Soviet Union collapsed in 1991.

Vladimir Lenin was the leader of the communist revolutionaries who came to power in 1917, and became the first head of the Soviet Union when it formed in 1922. After his death in 1924, his body was embalmed and put on display in a temporary mausoleum on Red Square. The mausoleum has since been declared a UNESCO World Heritage site. President Vladimir Putin recently mentioned the Lenin mausoleum, comparing it to a kind of holy site for communists similar to the burial places of saints in Christian tradition.

Football Fans Arrive at Moscow Stadium Ahead of Belgium-Tunisia Clash