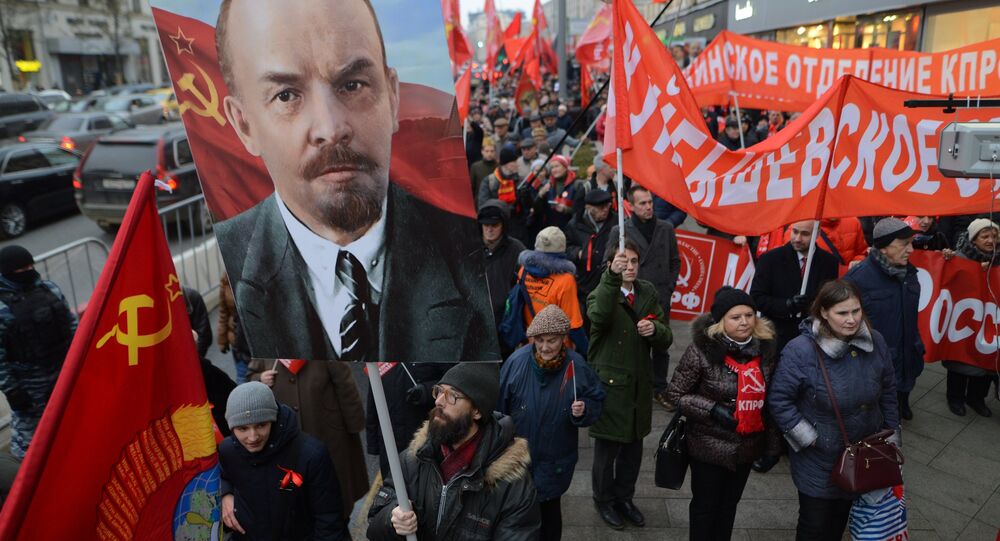 "Faith has always accompanied us, it strengthened when our country, our people faced particularly difficult times," Putin said in an interview for the documentary film "Valaam," a clip from which was broadcast by the Russia 1 TV channel.

"There were such severe years of militant atheism [during the Soviet period] when priests were killed, churches were destroyed. But at the same time a new religion was being created — Communist ideology, which is very similar to Christianity, in fact. Freedom, equality, brotherhood, justice — all of this is enshrined in the Holy Scripture, it's all there. And what about the Code of the Builders of Communism? This is a sublimation, it's really just a primitive excerpt from the Bible, nothing new was invented," the president said.

© Flickr / Olga
USSR Obsession: Several Generations of Kids in Latin America Named After Lenin
Putin also compared the attitudes of communists toward Lenin with the veneration of saints under the Christian religion. According to the Russian president, the fact that Lenin's remains were placed in the mausoleum is of the same significance for people with communist views as relics of saints for Orthodox Christians. "Look, Lenin was put in a mausoleum. How is this different from the relics of saints for Orthodox Christians and just for Christians. When they say that there's no such tradition in Christianity, well, go to Athos and take a look, there are relics of the saints there, and we have holy relics here."

Vladimir Lenin was the leader of the communist revolution in the Russian Empire in 1917, and became the first leader of the Soviet Union when it formed in 1922. After he died in 1924, his body was embalmed and put on display in a mausoleum in Red Square in Moscow.

Since the Soviet collapse, Russians have remained sharply divided in their views regarding the revolution and proposals to bury him. A recent poll by the Levada Center revealed that the country is split down the middle in terms of support for the revolutionary's burial, with 41% saying they favoured a formal burial and another 41% opposing the idea. Another 18% couldn't make up their minds.

How to Organize a Revolution, or Lenin's April Theses