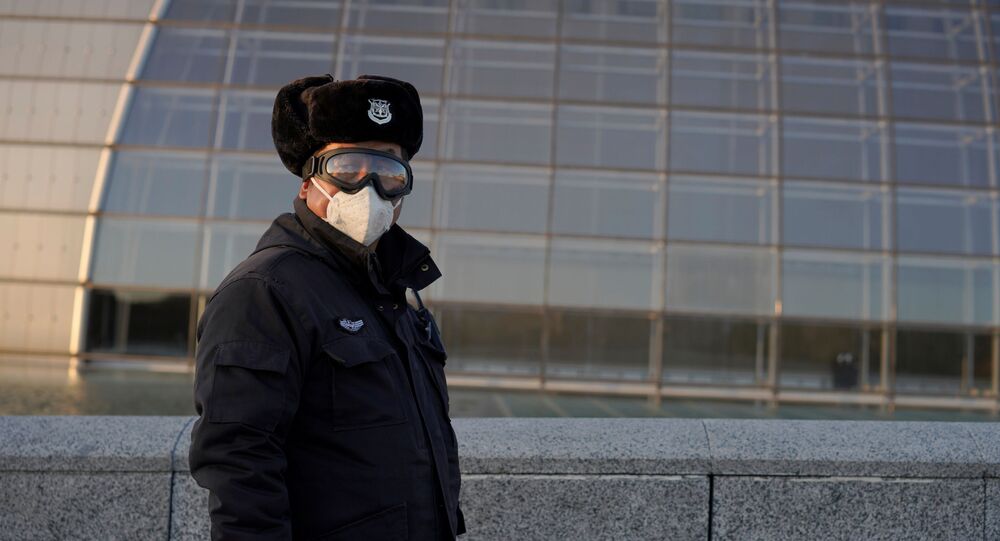 Coronavirus is the New Black: Another Page out of the US State Department’s ‘Evil Russia’ Playbook

After years of repeating the “Russian interference” mantra, White House officials are now spreading claims that Russia is trying to sow chaos digitally by blaming the coronavirus outbreak on America.

the Russian Foreign Ministry has denied US allegations that it is running troll accounts to spread false stories about China’s coronavirus.

“It is a deliberate fake,” ministry spokeswoman Maria Zakharova said on Saturday.

Philip Reeker, a senior State Department official, told AFP that Russia wants to “sow discord” in the United States by “spreading disinformation about coronavirus” and “distracting from the global health response”.

The outbreak of the pneumonia-like illness, known as SARS-CoV-2, has already infected more than 77,000 people worldwide, with the global death toll rising past 2,400. Most cases and deaths were reported in China, where the coronavirus was first detected in the city of Wuhan.

That “disinformation”, Reeker said, included claims that the coronavirus is a US effort to “wage economic war on China” (despite the epidemic hurting the US economy as well), and that it was created by CIA “to push anti-China messages”.

A State Department report seen by AFP maintained that the posts were shared not by bots, but by thousands of actual Russians (‘chained and underfed’ would fit the narrative perfectly) writing hit pieces about the United States and coronavirus at the Kremlin’s request.

Accusations of Russian disinformation and meddling arrived almost like clockwork in the United States, but they appear to have gained momentum in the run-up to the presidential elections. Just like the case with the since-debunked ‘Russian collusion’ claims in 2016, US intelligence officials last week reportedly briefed lawmakers and presidential candidates that Moscow’s ‘election-hacking machine’ is working at full speed again.

US officials claimed that Russians are trying to help both Democratic hopeful Bernie Sanders and President Donald Trump to get elected. Although there have been no details on what they said of Russia’s definitely sinister, but apparently complicated motives, the conspiracy notably surfaced just a day before the crucial Nevada caucus, as Sanders continued to cement his front-runner status. Sanders appeared to have shown no interest in Russian ‘assistance’, and Trump’s national security adviser Robert O'Brien said there was “no intelligence” behind the report.