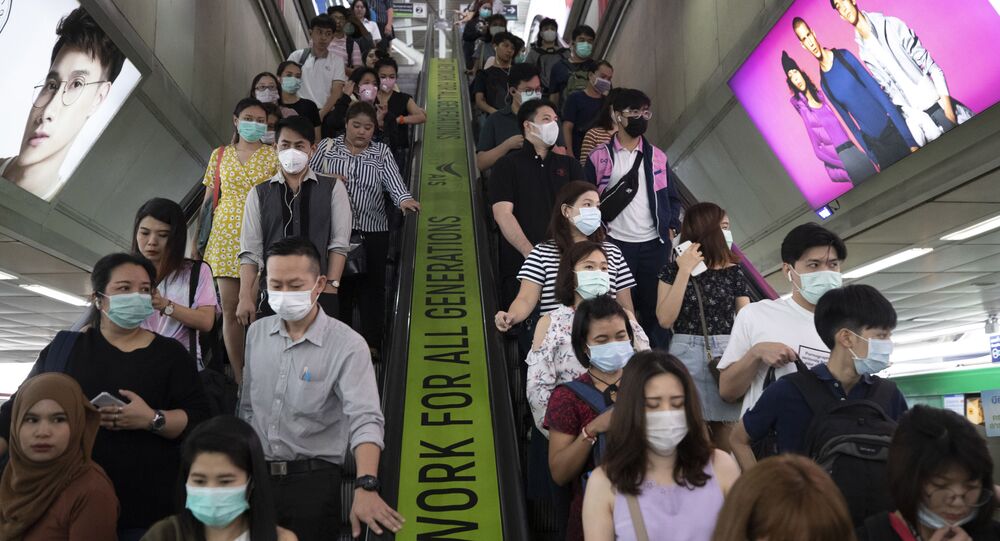 As hundreds of people are being quarantined at US military bases because of the coronavirus, the Department of Defence appears to be compiling lists of most-liked tweets and most popular stories about the outbreak by Russian news outlets.

The Pentagon is keeping a close eye on the coverage of the coronavirus outbreak in Russia in its search for fake news, Newsweek reports.

The magazine has published what it called Department of Defence documents showing how the US Northern Command is busy tracking the “information environment” in Russia (click here to view).

It appears from the docs, marked “unclassified” and presented in Power Point slides, that the staff at Northcom are monitoring the accounts of Sputnik, RT and the Ministry of Defence-owned TV channel Zvezda.

They have also compiled lists of the most popular tweets, stories, hashtags and key phrases from 28 January to 3 February.

One slide shows an image of Russian President Vladimir Putin, stylised as a Soviet-era banner, sending out symbols of Facebook likes, tweets, and YouTube videos from an open hand.

The Department of Defence would not return Sputnik’s request for comment, but told Newsweek: “The documents are not indicative of current assessments, approaches, or operations. It would be inappropriate to draw any conclusions from these documents.”

Sputnik and RT Editor-in-Chief Margarita Simonyan has addressed the allegations, suggesting that “US military resources would be better spent away from the screens and on physical preparations against the coronavirus.”

The outbreak of a new pneumonia-like coronavirus started in the Chinese city of Wuhan in December has since spread to more than 25 countries, infecting more than 31,000 people worldwide – mostly in China - of whom some 600 have died.

On 30 January, the World Health Organisation (WHO) declared the outbreak a public health emergency of global concern.