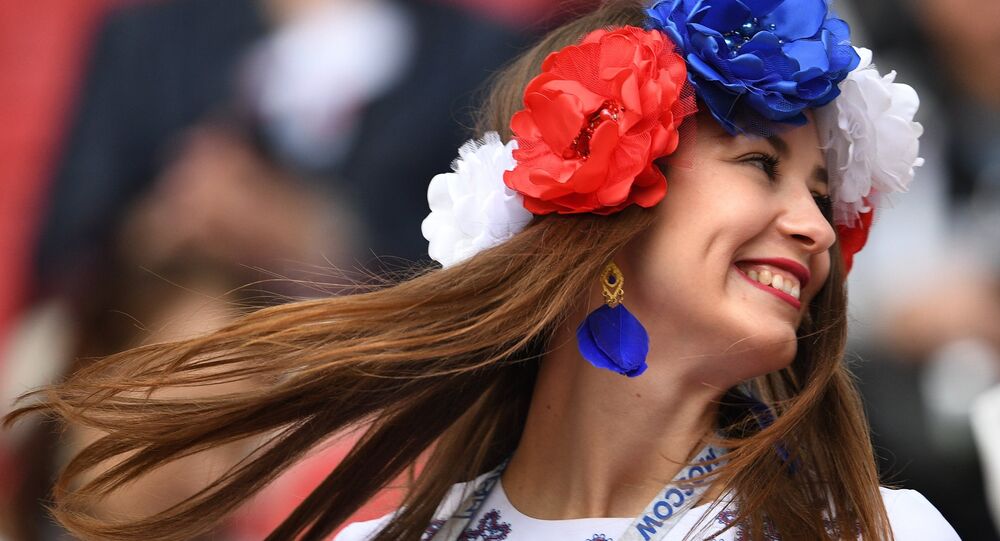 It seems like British mainstream media cannot make it through a single day without scary stories about Russia: first it was the Skripal case, now it’s the forthcoming World Cup.

The Times’ Moscow correspondent Tom Parfitt, in turn, wrote a piece on how the “Russians hide ‘ugly’ villages” for the World Cup, citing the case of the Glebovsky village near Moscow. He noted that the government had constructed a fence in front of broken-backed buildings near the French team’s training base in order to divert attention from poverty.

Parfitt even used the expression “Potemkin village,” alluding to an 18th-century nobleman, Grigory Potemkin, who is believed to have set up fake portable villages to impress Catherine the Great and conceal embarrassing sights and abject poverty in the country from visitors.

But the author seems to ignore the fact that Russia is simply abiding by FIFA’s mandatory requirements, and the fence is on the must-have list. According to standard requirements that every host nation must meet, training grounds must be surrounded by security fencing of more than 2 meters high, “including cladding to prevent climbing or spying.”

© Sputnik / Alexei Danichev
Nigerian Footballers Banned From Having Sex With Russian Women at 2018 World Cup
If Parfitt wanted to make sure that the fence was not part of the Potemkin village plan, he could have browsed through the website of the UK-based company Zaun, which deals with security challenges and “solves the fencing problems” across the globe, and learnt more about the technical requirements for training bases.

What is more interesting is that it was England’s team that requested a six meter high fence in Zelenogorsk to “protect the site from prying eyes.”

This is one of the many scary tales about the upcoming World Cup and comes slightly over a month after a British intelligence expert, Professor Anthony Glees, said that English football players may face a “sex threat” in Russia. He alleged that Russian women could seduce the best English footballers in order to sabotage their win at the Kremlin’s command. According to Glees, Russian authorities could go as far as to use any means, even the so-called “honey-traps,” to undermine England’s chances to win.

Glees’s warning echoed the head of the Estonian foreign intelligence service Mikk Marran’s remarks in an interview with The Times, where he said that FIFA fans should beware of strangers starting impromptu conversations in bars and other public places in Russia, as they might turn out to be undercover agents. Marran noted that not every fan will become a target of spies or Russian women, but “there will be high-level officials visiting Russia, who might be possible targets.”

© Sputnik / Ivan Rudnev
Israeli Minister: No FIFA 2018 World Cup Matches for Hamas Detainees
And that’s just the tip of the iceberg. In wake of the alleged poisoning attack on former Russian spy Sergei Skripal in Salisbury, UK, The Sun reported that England’s national team would bring its own cooks and food, including meat, fish, fruit and vegetables, rice, baked beans, tea bags, chocolate, etc., in order to prevent poisoning.

In an interview with Russia’s Channel Five, the Russian Foreign Ministry’s spokeswoman Maria Zakharova suggested that the main aim of some Western nations is to prevent the holding of the event in Russia.

“I have such an impression that… [some Western countries are only dreaming of] taking the World Cup out of Russia. By all means. Everything is focused on that soccer ball, which, God forbid, will eventually touch a Russian football field,” she said.