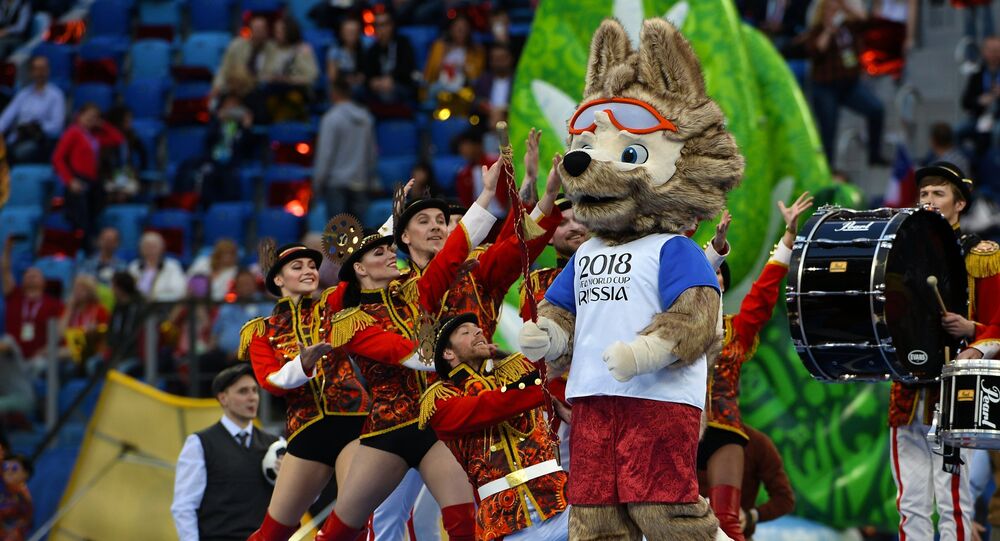 MOSCOW (Sputnik) - Russian Foreign Ministry's spokeswoman Maria Zakharova suggested on Sunday that the main goal of some western states was to prevent the holding of the FIFA World Cup in Russia.

Zakharova was asked during an interview with Russia's Channel Five whether Russia might be isolated by the western countries in the context of holding of the World Cup in the country.

"I have such an impression that… [some western countries are only dreaming of] moving the World Cup from Russia… By all means. Everything is focused on that soccer ball, which, heaven forbid, will eventually touch the Russian football field," Zakharova stated.

© Sputnik / Alexei Danichev
Russia Expects High Number of UK Tourists to Attend 2018 FIFA World Cup
The relations between Russia and the West have deteriorated drastically over the past several weeks in light of the poisoning of former Russian spy Sergei Skripal and his daughter in the United Kingdom.

Over the past few days, more than 25 countries have announced their decisions to collectively expel over 150 Russian diplomats as a sign of solidarity with London which has put the blame for the poisoning of double agent Sergei Skripal and his daughter in Salisbury on Moscow.

In addition, London announced that no UK high-ranking officials or members of the royal family would attend the upcoming tournament over attack on Skripal. Iceland expressed its solidarity with London and also announced that its leaders would not attend the tournament.

Russia has strongly rejected the accusations and has already adopted a reciprocal response to each of the countries.