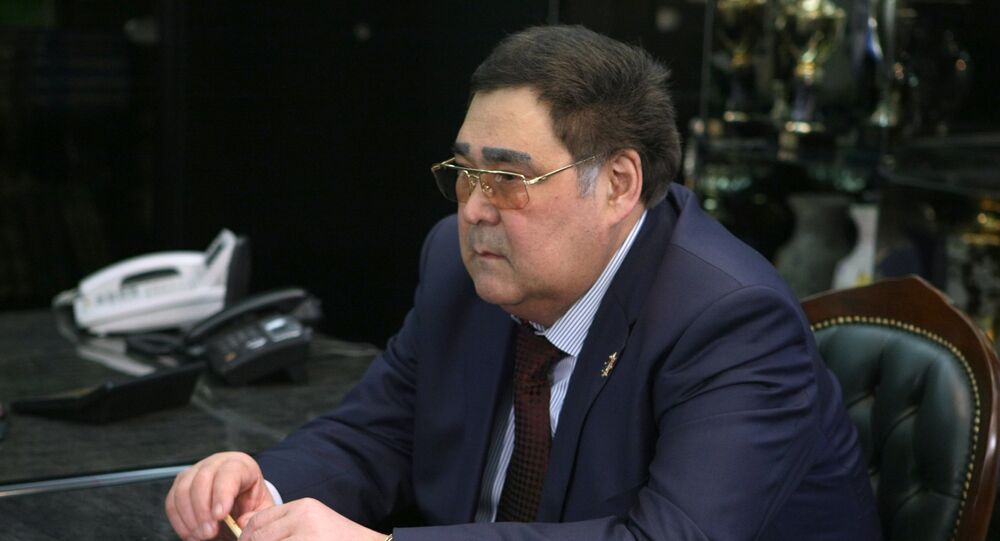 According to the statement of the Kemerovo administration, Aman Tuleyev has submitted his resignation as governor of the Russian Kemerovo region on a voluntary basis.

Russian President Vladimir Putin phoned Sunday Aman Tuleyev, the former governor of the Kemerovo Region, who has voluntary resigned from his post, and thanked him for his longtime service as the region's head, Kremlin spokesman Dmitry Peskov said.

Aman Tuleyev has been in charge of the Kemerovo Region since 1997. His current mandate was due to expire in 2020. Tuleyev is stepping down as governor of Kemerovo Region before the expiration of his tenure, the administration official told Sputnik earlier in the day.

The resignation comes a week after a fire broke out in the "Zimnyaya Vishnya" ("Winter Cherry") shopping mall in the Russian city of Kemerovo. According to the Russian Emergencies Ministry, 64 people including 41 children were killed.

Aman Tuleyev said in a video address that he had done his best as the head of the region and once again expressed his profound condolences to the relatives of the "Zimnyaya Vishnya" mall fire victims.

"Dear residents of Kuzbass [Kemerovo region], I have done my best. I have met with the families of the victims, tried to solve the problems with delivering assistance [to the victims and their families]. I once again express my deep condolences. But we have to live, we have to move on. We have to live to remember those, whom we have lost," Tuleyev said.

© Sputnik / Alexander Kryazhev
'Why Did Misha Burn Alive?' WATCH Russian Boy Question Kemerovo Official
On Thursday, Russian media outlets reported that the Russian authorities had decided not to execute a demonstrative dismissal of Aman Tuleyev right after the deadly incident in the shopping mall, saying that governor might leave his office later.

On Saturday, a court in the Kemerovo Region ordered the detention of the former head of the regional construction supervision authority, Tanzilia Komkova until May 25 over the case of the recent deadly shopping mall fire.

Police officials charge Komkova with abusing her authority by granting permission to open "Zimnyaya Vishnya" mall to the public despite knowing that the shopping compound had been constructed illegally, violating many fire safety norms. A total of seven people have been arrested so far.

Russian Health Minister Veronika Skvortsova said Friday, that two hundred people have asked for psychological assistance over the past few days in the wake of the tragedy that claimed the lives of 64 people last weekend.

Meanwhile, the majority of Russians blame the owners and managing staff of the shopping center for the deadly blaze in the Siberian city of Kemerovo, a survey conducted by the Russian Public Opinion Research Center (VTsIOM) said on Friday.