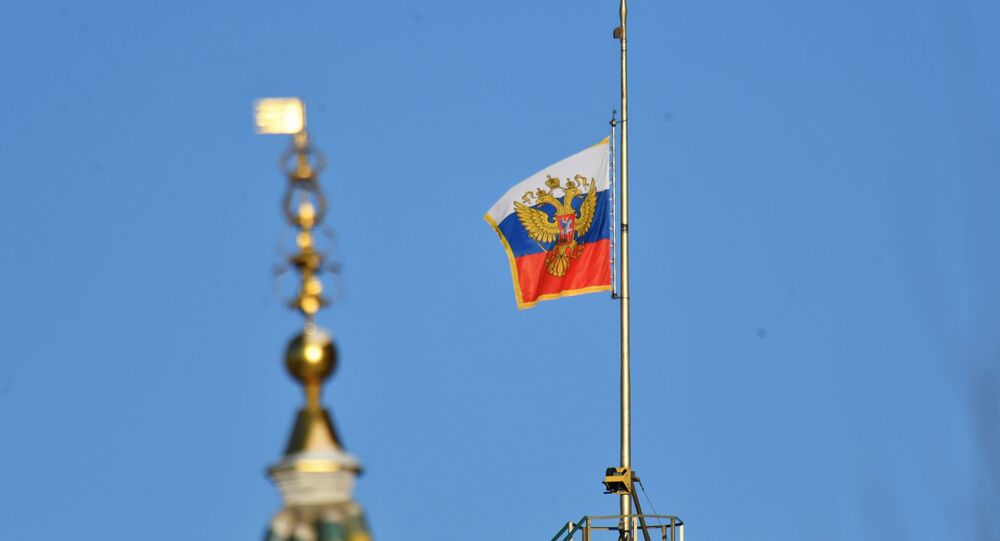 MOSCOW (Sputnik) - Russia holds a nation-wide day of mourning on Wednesday after a deadly fire in a shopping mall in the Siberian city of Kemerovo.

The mourning day was declared in a decree signed by Russian President Vladimir Putin on Tuesday.

All of the country's cultural institutions and television and radio broadcasting companies are advised to cancel entertainment programs. Russian state flags will be flown at half-mast to mourn the victims.

Bodies of all 64 victims of a deadly fire in a shopping mall in the Russian city of Kemerovo have been recovered, there are no more people who are listed as missing, Russian Deputy Emergencies Minister Vladlen Aksyonov said on Wednesday.

The first funerals began in Kemerovo.

On Sunday, a major fire broke out at the Zimnyaya Vishnya ("Winter Cherry") shopping center in Kemerovo. Russian Emergencies Minister Vladimir Puchkov said that a total of 64 people had been killed in the tragic incident, including 41 children.

People in Moscow gathered in the Manezhnaya Square to pay their respects to the victims.